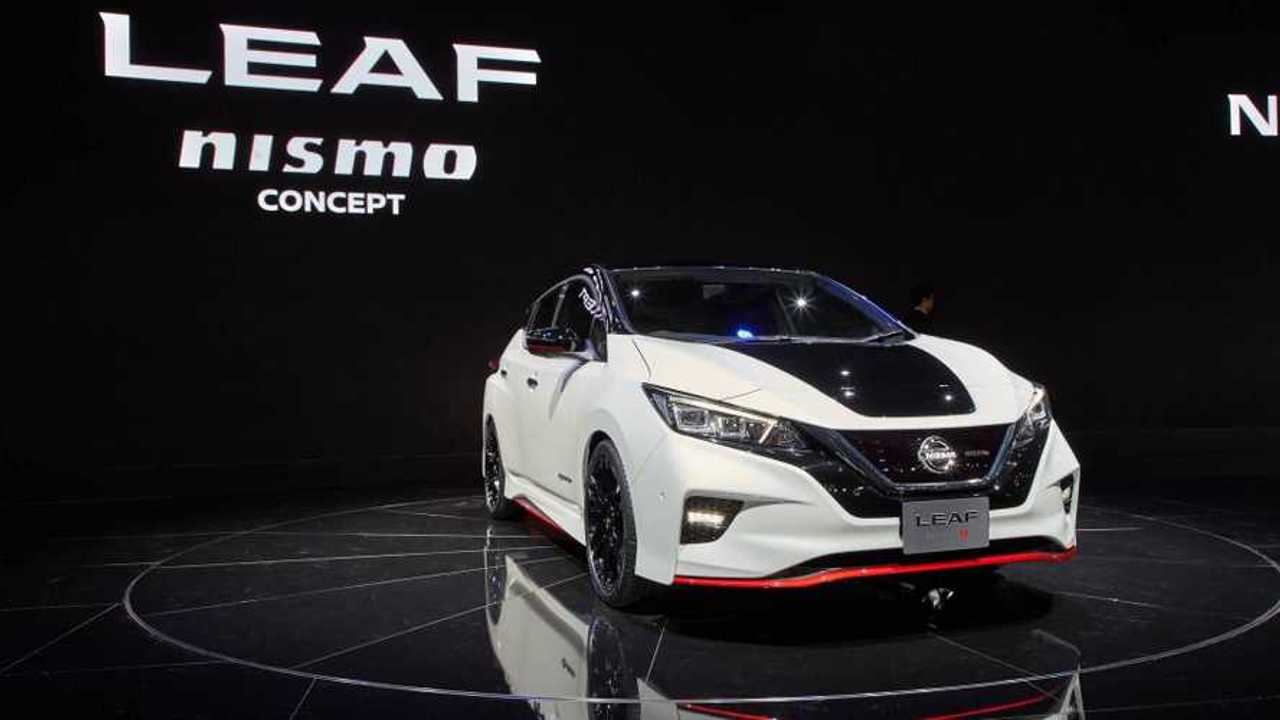 Sporty on the outside, efficient on the inside.

While the base version of the new Nissan Leaf is much improved all its own, shortly after the debut of the updated electric hatchback, the Japanese marque unleashed an even more potent variant: the Nissan Leaf Nismo Concept. Finished in a two-tone black and white paint job with red accents aplenty, the Nissan Leaf Nismo – at least on the exterior – looks the part. Now the sporty EV is making its official debut in Tokyo.

The most noticeable changes from the base model to the updated Nismo version come in the fascia. A beefier front bumper with an added spoiler lip gives the Leaf some much-needed grunt. Bigger mesh pieces can be found on the trim, and horizontal LED lights replace the trapezoidal clusters found on the standard Leaf.

With new Nismo-branded wheel, high-performance tires, and a slightly lowered ride height, the profile of the new Leaf concept also looks much improved. The hatchback gains a stiffer suspension setup, and thicker tires for a more sporting drive. Out back, a more aggressive diffuser and a center-mounted fog light gives the Leaf Nismo a more stylish look overall.

Not much can be said about the cabin. The Nismo version gains a few updated features like red accents around the air vents, red stitching on the upholstery, and even a "Nismo" starter button, but goes mostly unchanged from the standard version. Apart from the minor styling tweaks, Nissan says that the concept aims to provide "instant acceleration at all speeds" thanks to what Nissan describes as a "custom-tuned computer."

The new Nissan Leaf Nismo is on display now at the Tokyo Motor Show in Japan until doors close on November 4.