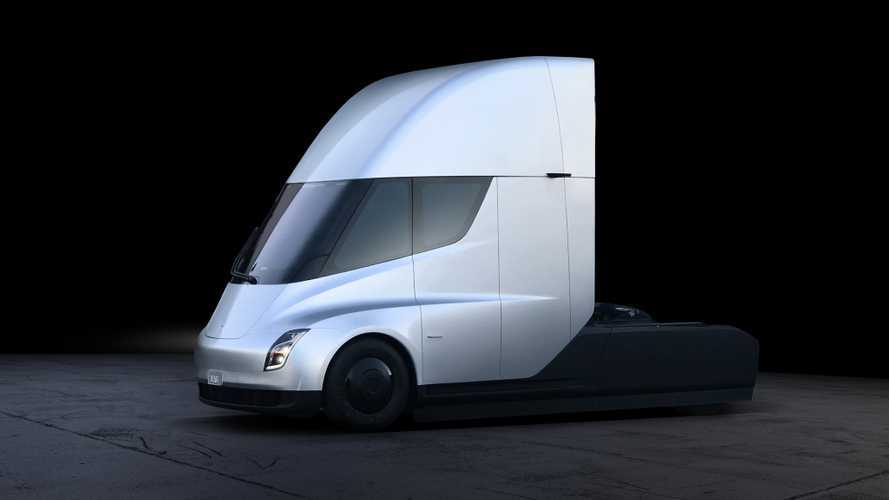 IF the Tesla Semi uses standard Model 3 cells, it should be lighter than most might assume.

*This is the second of four articles on Tesla’s semi truck. In this article, we show that the truck battery should be lighter than many think using standard Model 3 cells. Click here to see Part 1.

That gets you a rough estimate, but if you look at the pack in a little more detail, you find that there are some synergies that make the truck pack lighter per kWh than the Model S pack.

It’s accepted that Tesla’s NCA chemistry is somewhere around 240-260 Wh/kg (8.5 lb/kWh). This means 85 kWh of cells weighs 723 lbs. Wikipedia lists the Model S pack as 1,200 lbs. That’s a big difference. Of course, there’s a lot more to the battery pack than just the cells: there’s wires, busbars, cooling tubes, and a big protective case. Each of these subcomponents of the battery pack scale to truck size in a different manner. For example, we can’t just scale up busbar and wire weights because the semi truck is running a much higher voltage. Also, the protective case scales by area and thickness, not kWh. The model S pack is thin and flat with lots of surface area while the truck pack is shaped more like a cube.

The details of the scaling procedure are in the second part of the article if you care to delve into it. However, to make a long story short, if we scale these subcomponents of the pack up as described we end up with a 21% lower weight pack on a per kWh basis. While the Model S pack weighs in at 13.5lb/kWh, the Tesla semi pack weighs only 10.6lb/kWh. That’s a 21% improvement! Total pack weight estimates at 9,549 lbs. for 900 kWh.

As discussed above, we broke the P100D pack into separate parts and scaled up to truck size.

Each part was then scaled to truck size as follows:

Our analysis assumes the semi truck pack consists of 48 Model 3 modules. The modules are laid 8 wide and 6 layers deep.

Luckily, we have single module weights via Jason Hughes HSR parts catalog and EV West parts catalog. The P100D module is listed at 66 lbs. Subtracting cell weights in the pack from the weight of 16 Modules we derive the weight of the cooling tubes and busbars. That gives us 189 lbs. for the busbars and tubes. Busbars and wiring were arbitrarily set at 50% of 189 lbs., and cooling tubes also arbitrarily set at 50% of 189 lbs.

Stay tuned for our subsequent articles in this four-part series.

*Keith Ritter coauthored this article and contributed to the analysis.