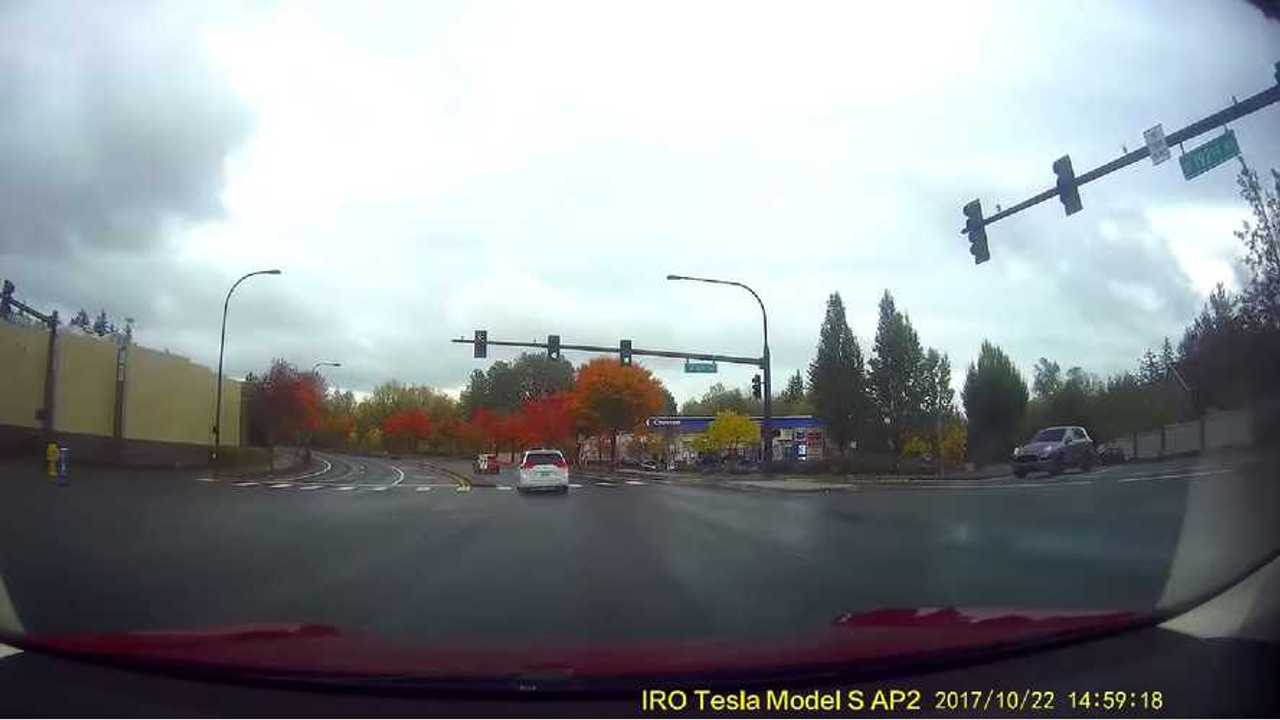 More detailed videos are beginning to surface testing the latest updates to Tesla Autopilot, and some improvement is noticeable.

We recently reported about Tesla owners questioning the automaker's President of Global Sales and Service, Jon McNeill, about when to anticipate Autopilot 2.0 to finally reach feature parity with Autopilot 1.0. He assured that the automaker is making vast improvements, of which he's personally experienced, though it will still be weeks or months before the system is up to par.

One recent update allows owners greater access to Homelink features (like being able to set distance rules on garage or gate openers) and a new climate control setting that allows the vehicles to maintain temperature control for an extended period of time, even if the car is no longer running.

Another update re-established the Automatic Emergency Braking (AEB) feature that had previously been turned off on vehicles with Autopilot 2.5 hardware. Finally, the most recent update bumped the AEB top speed back up from 50 mph to 90 mph.

As you can see, Tesla is continuously updating the system, and it seems especially focused as of late. Perhaps the questions directed toward McNeill lit a bit of a fire for the automaker to get it in gear. Within each of these specific updates, the Autopilot algorithm and Tesla Vision system generally undergo adaptations as well. Some seem to help, while others go unnoticed, and others even cause certain functions to stop working as well as they may have prior to the changes.

The first short video clip (above) shows Autopilot easily tackling a curve within a wide, unmarked intersection on a local road. According to Electrek, this owner has an even newer update than those explained above (2017.42).

Below, Byshop and Erik from Norway show off the previous 2017.40 update. Both believe that the system shows nice improvements: