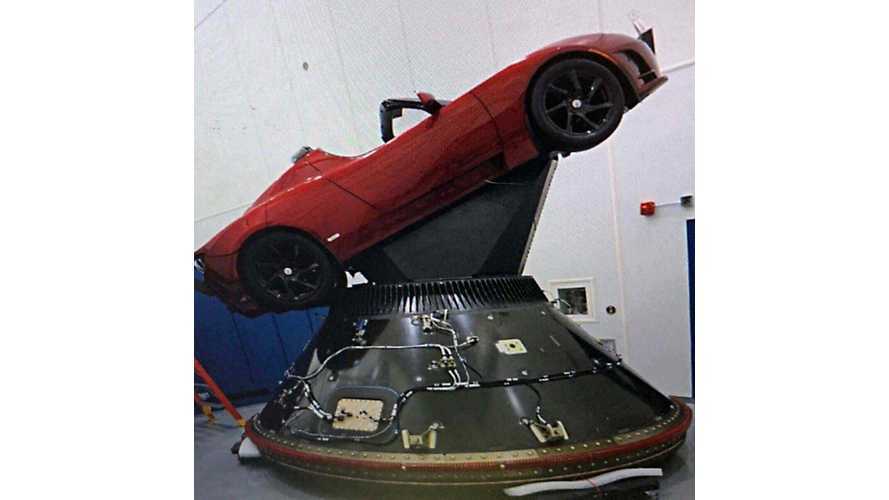 Falcon Heavy hold-down firing this morning was good. Generated quite a thunderhead of steam. Launching in a week or so. pic.twitter.com/npaqatbNir

As we previously reported, Musk seemingly joked about sending his own personal Tesla Roadster to orbit Mars. Social media and various news outlets went back and forth about it being a joke and then stating it was true, etc. In the end, it turned out that the popular CEO was, in fact, serious. Not long after that story, more information surfaced, as well as images of the Roadster being prepped for the trip.

If you follow Musk's social media accounts, you're probably aware that he's regularly updating the status of SpaceX missions. As you can see from the recent Tweet (above), the company has been performing tests with the Falcon Heavy. Musk said on January 24, 2018 that the launch would be in about a week or so. Generally, launch dates are very tentative due to so many variables. Weather is a major factor, and government shutdowns surely don't help.

Two days later, Chris Gerbhardt, assistant managing editor, journalist, and writer for @NASASpaceflight, Tweeted out a more official launch date. According to Chris, who's very involved and knowledgeable about such events, it will happen on February 6th, with the 7th as a backup. Musk confirmed the date the next day.

February 6th, with a backup on the 7th.

And per our breaking of this information yesterday, here's the official confirmation. #FalconHeavy will target Feb. 6 for its maiden launch! #SpaceX

So, if everything goes as planned, Musk's Tesla Roadster will literally be out of this world in less than two weeks. According to Teslarati:

"To put the Falcon Heavy into some sort of perspective, even at the 92% thrust it is expected to max out at during its first launch, the first stage’s 27 Merlin 1D engines produce power equivalent to something like 20 747 passenger jets at takeoff. Still, Falcon Heavy’s LC-39A launch pad has previously supported launches of the Space Shuttle and Saturn V, both of which were considerably more powerful than SpaceX’s heavy-lift rocket. It is likely that the main purpose of Falcon Heavy’s extended static fire was to ensure that SpaceX had developed a safe and functional method of igniting all 27 engines without damaging itself, a real risk from the torque of each engine’s turbopump operating in the same orientation. As such, it is believed that SpaceX pursued a staggered ignition over the course of maybe a second or two."

Again, we have no idea what may happen between now and then, so this is merely a hopeful date. Nonetheless, the Falcon Heavy will be en route soon enough, with the Tesla Roadster in tow.

A Red Car for the Red Planet Test flights of new rockets usually contain mass simulators in the form of concrete or steel blocks. That seemed extremely boring. Of course, anything boring is terrible, especially companies, so we decided to send something unusual, something that made us feel. The payload will be an original Tesla Roadster, playing Space Oddity, on a billion year elliptic Mars orbit.