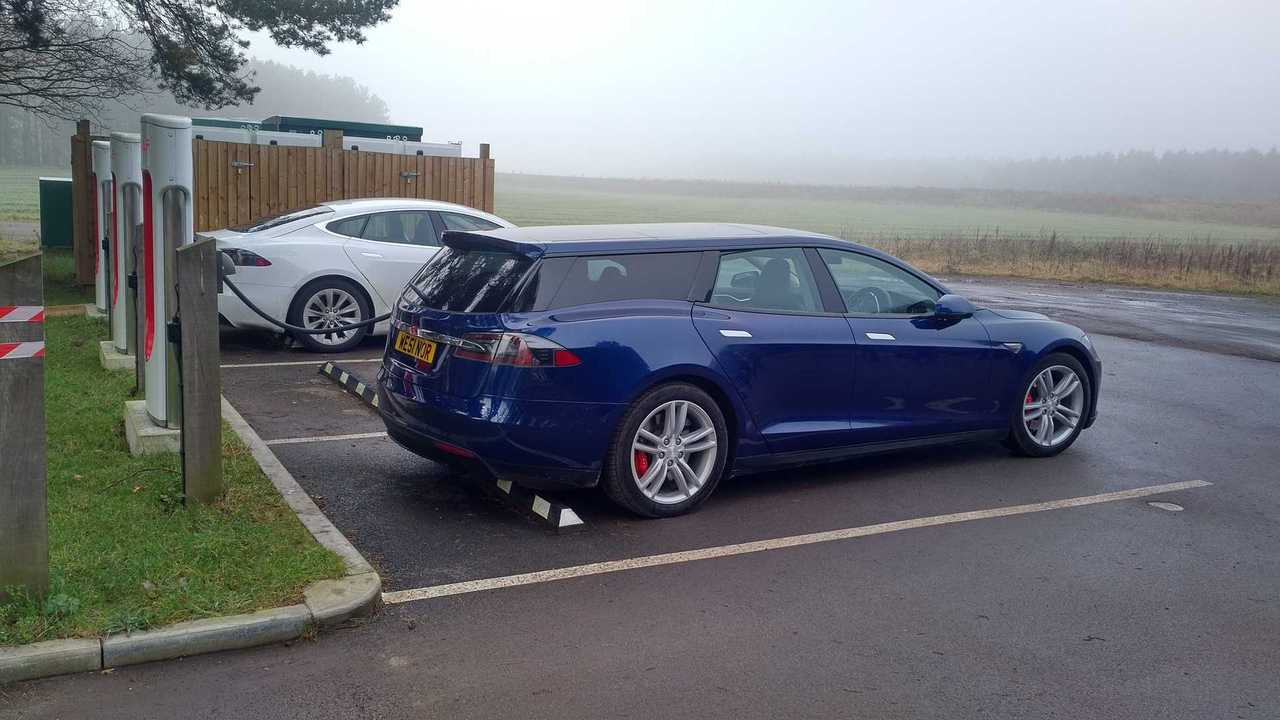 One Tesla Model S has officially gone to the dogs, but in the best way possible. You may remember the Fully Charged YouTube channel featuring a couple videos about man wanting to convert his all-electric sedan into a shooting brake — a fancy word for an estate car, which is a Briticism for station wagon — to better accommodate his furry best friend. Well, after undergoing radical surgery at the facilities of Qwest Norfolk, the work appears to be fully and finally done.

Not only has the back end been reconfigured from a fastback shape to a squareback, the paint matches, the carbon fiber trim bits look amazing, and the interior has been lovingly finished, with alcantara lining the extended roof. It's also received some exterior finish protection in the form of a clear ceramic coating from KubeBond. All that and it's even dropped 12 kg (26.46 pounds) and gained 7.4 cubic feet of luxury kennel space in the process.

We understand there is another episode of Fully Charged coming that will feature the car in all its road-going glory, and in May it will be appearing at the London Motor Show, so people will be able to get a good up-close look at it. Until then, though, we have scrounged up a veritable plethora of pics from various Twitter accounts for your edification. Enjoy!

Well here you go, a few pics of the finished @QwestNorfolk Tesla Model S Shooting brake conversion. Thanks for sharing them with @FullyChargedShw @bobbyllew first. First drive vid coming as soon as we can... pic.twitter.com/TshvaO1aNM

It's a bit slippery outside... but that's just the polish by...@KubeBondUK pic.twitter.com/vVVJHqUary