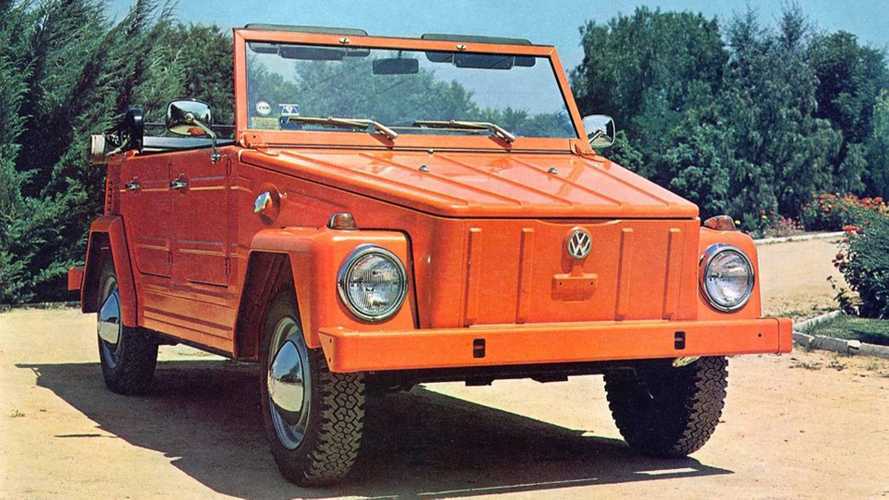 Could debut after the production Microbus-inspired EV.

Remember the Volkswagen Kubelwagen? It’s a light military vehicle designed by Ferdinand Porsche and built by the German automaker during the World War II for use by the army. It also had a civil version, sold in the United States under the Thing moniker during the early 1970s. That thing might be coming back soon as an electric vehicle, according to a new report.

Speaking to Car and Driver, VW brand boss Herbert Diess said he’s interested in resurrecting the cute little four-door convertible using the upcoming MEB (Modular Electrification Toolkit) architecture for electric vehicles. He believes a retro-inspired, zero-emission utility vehicle could be an interesting proposal on the market, as Volkswagen seeks to revive some of its favorite nameplates from the past.

But is Volkswagen planning to do another modern-day Beetle? There’s no decision yet, Diess told Car and Driver, as the manufacturer is still undecided on “what kind of emotional concepts” it needs. One thing is for sure – “this Beetle won’t go electric; the next one might, if there is a next one.”

Volkswagen has already confirmed the first retro-inspired electric vehicle it will launch will be a production version of the Bulli, Budd-e, and I.D. Buzz concepts, which is also going to be based on the MEB platform. It’ll go on sale in 2022 and will receive a fully electric powertrain, as well Level 3 autonomous capabilities.