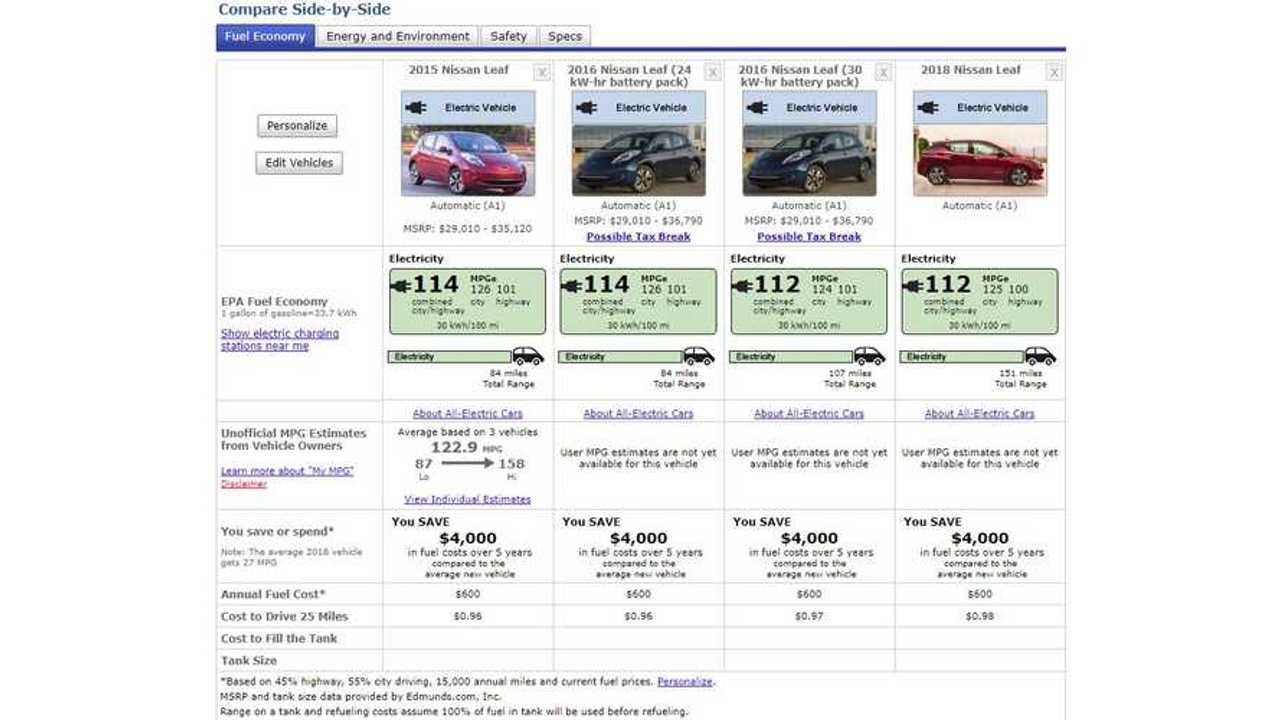 It's just 1 mile more than predicted, but at least it's not less.

The new 40-kWh 2018 Nissan LEAF has official EPA ratings now and the numbers do and don't disappoint.

The all-important range figure checks in at 151 miles, just 1 above Nissan's estimated of 150 miles.

Meanwhile, MPGe checks in at a disappointing 112 combined. The breakdown is 125 MPGe city and 100 MPGe highway. We say these figures disappoint because they are actually lower than the 24-kWh LEAF from 2015 and 2016. Yes, a bigger, heavier battery should hurt efficiency, but we had figured gains were made elsewhere to offset this. Looks like that wasn't the case.

Energy consumption for all of the LEAFs above are identical too at 30 kWh per 100 miles.

Prior to learning that the new LEAF wouldn't get the bigger 60-kWh battery until 2019, we lumped it in as a competitor to the Chevy Bolt and Tesla Model 3, but with its tiny 40-kWh battery, it no longer competes against those two vehicles, at least not until next year with the higher capacity battery arrives. However, for efficiency comparison purposes, here's a look at those three vehicles, as rated by the EPA:

If Nissan could up the LEAF's efficiency, a range bump would come too. Unfortunately, it doesn't seem as though Nissan is all that focused on the efficiency side of the equation.