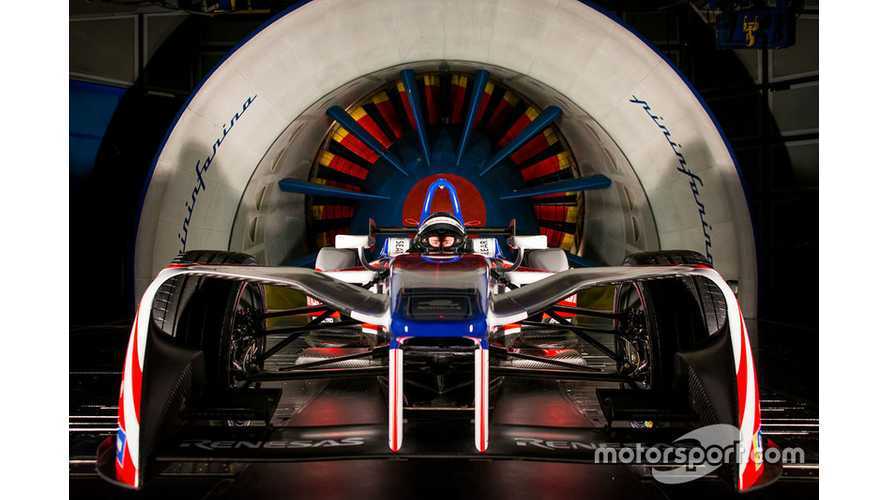 The Mahindra Formula E team believes that its new official partnership with Pininfarina can help it match the larger teams in the series.

Mahindra bought the Pininfarina group in 2014 alongside sister company Mahindra Tech, and has now announced a collaboration between the three parties in FE.

The partnership includes Mahindra having access to Pininfarina's industry-leading windtunnel, able to simulate a car following another at 150km/h, with the M4Electro having already used the facility.

Pininfarina will also take an active role in helping develop Mahindra's season five car, with the Indian team able to use its partner's testing facilities in Italy.

Team principal Dilbagh Gill told Motorsport.com it was essential Mahindra had a partner of Pininfarina's ilk because it does not have the same resources as FE's bigger outfits.

"It's huge," he said. "Even now, you understand it's a new car coming and we're not developing aerodynamics.

" we need to understand the existing aero of the car and it's going to be really huge and important because as you know we do not have the infrastructure of other teams.

"They can push the car from one room to another to the dyno, to the windtunnel and then the four-post rig. We do not have this so we can maximise what we get from Pininfarina.

"This is a pretty useful tool for us and there are other areas of expertise such as high-end wake, the material side, there are lots of areas ."

Gill added that early windtunnel testing has led to the team making a weight-saving breakthrough, with a new paint type shaving kilos off the car's overall weight.

When asked if independent and smaller outfits will need similar partnerships to succeed in the face of increasing manufacturer presence, Gill said: "I think yes.

"We all have to have a stable powertrain partner. This has started in season one, we see it with GKN and Jaguar, HWA with Venturi and Schaeffler with Audi.

"So these are going to start happening. By next year, I suspect everyone will have a dancing partner."

Pininfarina has been increasingly focussed on electric cars, and is developing a hydrogen-powered hypercar, but says it will not get involved in building a powertrain or battery for FE.

"We will be system integrators, powertrain integrators," said Pininfarina chief executive officer Silvio Pietro Angori. "We will not develop a single system that goes into an electric powertrain."