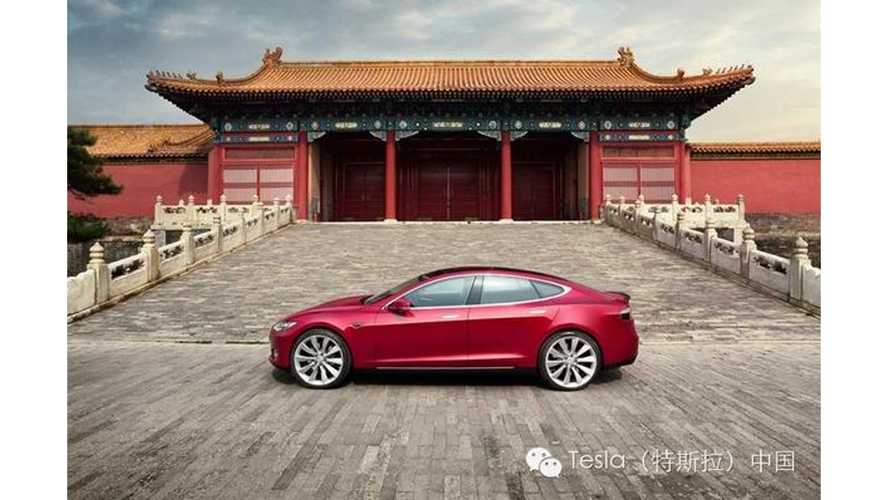 China has always represented a massive market opportunity for Tesla. And, last week, a recent report suggests Elon Musk is one step closer to a breakthrough deal in Shanghai. According to the Wall Street Journal:

"Electric-car maker Tesla Inc.  has reached an agreement to set up its own manufacturing facility in Shanghai, according to people briefed on the plan, a move that could help the company gain traction in China’s fast-growing EV market."

This could make Elon Musk the first auto executive to work out a deal of this kind: "The deal with Shanghai’s government will allow the Silicon Valley automaker to build a wholly owned factory in the city’s free-trade zone... This arrangement, the first of its kind for a foreign automaker, could enable Tesla to slash production costs but it would still likely incur China’s 25% import tariff."

What makes this deal different from other automakers that have local factories in China?

"Until now, foreign auto makers have built cars in China through joint ventures with local manufacturers. That allows them to avoid the 25% tariff on autos, but also forces them to split profits, and potentially share technology, with the local partner—something that has tripped up Tesla’s previous efforts to expand there."

There are some clear benefits to the approach Elon Musk appears to be taking: "Not having to form a joint venture with a local company will allow it to safeguard its technology and retain 100% of profits." Furthermore, WSJ writes that: "Elon Musk has significant star power in China, where he is regularly feted in the media as a tech visionary. That has helped the upstart become the only foreign maker to make significant inroads into China’s electric-vehicle market—despite being the only one without a local base."

After challenges in its first few years there, Tesla's sales in the region have been growing: "Tesla sold roughly 12,000 imported cars in the first nine months of this year, up from an estimated 11,000 in 2016 and good for 4% of China’s plug-in market, according to EV Sales, a website tracking the sector. Tesla hasn’t revealed unit sales figures, but says China accounted for $1.1 billion of its $7 billion revenue last year, second only to the U.S."

Above: A look at China's solar and electric vehicle initiatives and how it's looking to expand EV charging infrastructure nationwide (Youtube: CGTN America)

Meanwhile, "China’s electric-vehicle market—already the world’s largest—is primed for growth. The Chinese government is targeting seven million EV sales a year by 2025, up from 351,000 last year, and in September it ordered all auto makers already operating in China to start producing EVs by 2019. Officials have also said they are working on a plan to ban gasoline cars."

Yet, even with China's local automotive manufacturers ramping up EV offerings, Piper Jaffray's Alexander Potter reports (via CNBC), "After meeting with an electric vehicle (EV) trade group this week in Beijing, we still think Tesla has little to fear from Chinese brands... we think nobody (least of all Chinese OEMs) can compete with TSLA."