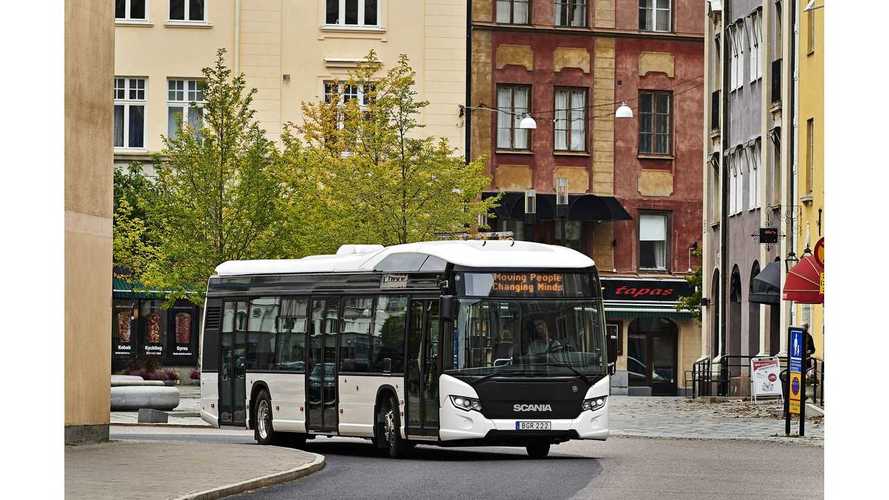 Mayors of 12 major cities around the world, with a total population of nearly 80 million citizens, have announced a move towards zero emission fleets under the C40 Fossil-Fuel-Free Streets Declaration - to make their cities greener, healthier and more prosperous.

The plan envisions the procurement of only zero-emission buses from 2025. The total number of buses in the 12 engaged cities stands at roughly 59,000 - so its kinda a big deal!

The second part of the new plan is the creation of major zero-emission areas in those cities by 2030.

"Signatories to the Declaration “envision a future where walking, cycling, and shared transport are how the majority of citizens move around our cities.” The cities therefore commit to:

Here is how some mayors promote the move:

“Air pollution caused by petrol and diesel vehicles is killing millions of people in cities around the world. The same emissions are also causing climate change,” said Anne Hidalgo, Mayor of Paris and C40 Chair. “In Paris we are taking bold action to prioritise the streets for pedestrians and cyclists. Working with citizens, businesses and mayors of these great cities we will create green and healthy streets for future generations to enjoy.”

“The largest sources of air pollution are also the largest sources of carbon emissions - and in many cities, transportation is the biggest culprit,” said UN Special Envoy for Cities and Climate Change and C40 Board President, Michael R. Bloomberg.  “C40 Mayors understand thriving cities require clean air. By switching to cleaner vehicles, we can fight climate change and save many lives.”

“I am absolutely committed to tackling the deadly effects of toxic air on Londoners and making London a zero carbon city,” said Sadiq Khan, Mayor of London “That’s why I am incredibly proud that today in London we have introduced the pioneering T-Charge, the toughest emission standard of any city in the world, which will help drive down the number of dirty vehicles polluting our roads and our lungs. We are leading the fight to clean up our filthy air and protect our citizens from the devastating consequences of climate change. “This is just the first step – we are introducing further world-leading restrictions on polluting vehicles over the next few years, as well as cleaning up our bus fleet and keeping our pledge not to buy a single new double decker diesel bus. We are also building brand new cycle lanes right across the city and focusing on reducing pollution around schools. I want to make London one of the greenest cities in the world – that’s why I’m putting walking, cycling and zero emission public transport right at the heart of Londoners’ day-to-day lives alongside energy efficient buildings, clean energy and increased recycling.”

“In Copenhagen we believe that citizens have a right to clean air. We therefore have the ambitious goal of becoming the world’s first C02 neutral capital by 2025 and continuously try to improve air quality,” said Frank Jensen, Lord Mayor of Copenhagen. “This is achieved through a green transition of our transportation, energy production and energy consumption. With this commitment we hope to inspire other cities to act.”

“Cities have to be the real protagonists in the fight against climate change, and to tackle this challenge it’s imperative to have greater powers and a bigger budget” said Ada Colau, Mayor of Barcelona. “Barcelona is working to gain 165 hectares of green space in the next few years, to triple the number of kilometres covered by bike lanes, to boost public transport, to cut journeys in private vehicles by 21%, and to implement the superblock plan and create more space for pedestrians. In Paris, we once again express our commitment to the climate, set out with over 800 city entities, to cut emissions by 40% and increase urban greenery by 1m2 per inhabitant”.

"Responding to climate change's threat requires big thinking and bold action,” said Tim Burgess, Mayor of Seattle. “By reaffirming our commitment to a zero-emission transportation system, Seattle is proud to join our friends around the world in demonstrating the power of cities to lead on climate."

"We need structural measures to fight air pollution and its impact on the health of citizens – said Mayor of Milan Giuseppe Sala. More than ever before, as mayors of the world cities most committed to tackle environmental challenges, we must set ambitious targets. Milan invests in a better mobility, in particular by strenghthening public transportation and by expanding car, bike and motorbike sharing opportunities. We want cities without polluting vehicles and with much cleaner air. We owe this to our citizens".

"This is the time for cities to take bold action towards fossil fuel free future,” said Mauricio Rodas, Mayor of Quito. “Quito is ready to lead the way and committed to provide a better more resilient, low carbon and sustainable local development for all our citizens."

“In Auckland, our largest single contributor to greenhouse gas emissions is from transport – around 40%, so signing this declaration signals how serious we are about tackling climate change,” said Phil Goff, Mayor of Auckland.  “With more than one-third of New Zealand’s population and the majority of its growth, Auckland has a key leadership role to play and we are committed to transforming the way our people move and delivering a clean, green city for all.”