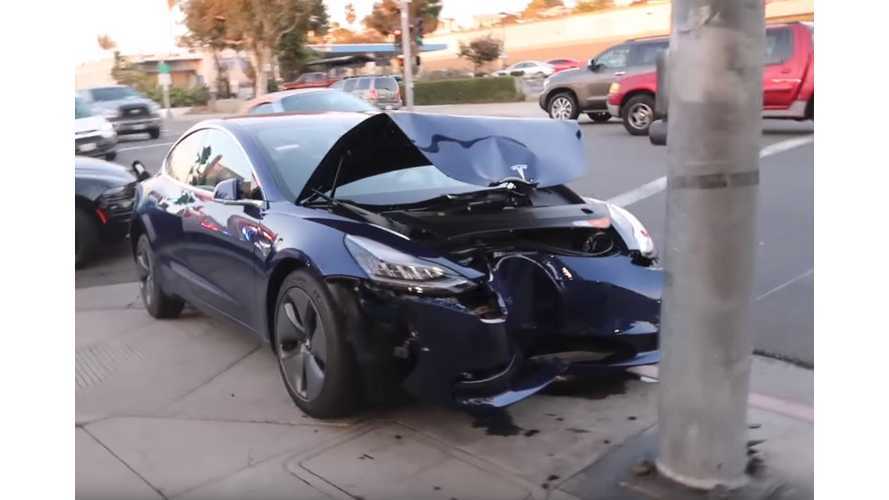 We get our first look at how the Tesla Model 3 fares when it meets a pole.

From the images, via the video below, it's apparent that the Model 3's lack of an engine affords it a massive crumple zone. This surely provides its with excellent occupant safety, at the expense of the car literally caving in, but cars are replaceable and vehicle safety should be paramount, so we're okay with this level of destruction for the sake of saving lives.

Both the Tesla model S and X are known for extremely high crash-test ratings and we expect the 3 to be no different. However, no formal test results for the 3 have been released yet, so we can't be certain it fares as well as Tesla's previous two electric cars.

There's no word on whether the occupant(s) suffered any injuries, though judging by the images, it appears as though the cabin had little or no intrusion, so major injuries seem unlikely.

Check out the video below (from 7:10 through 7:30) for some additional looks at the crashed Model 3.