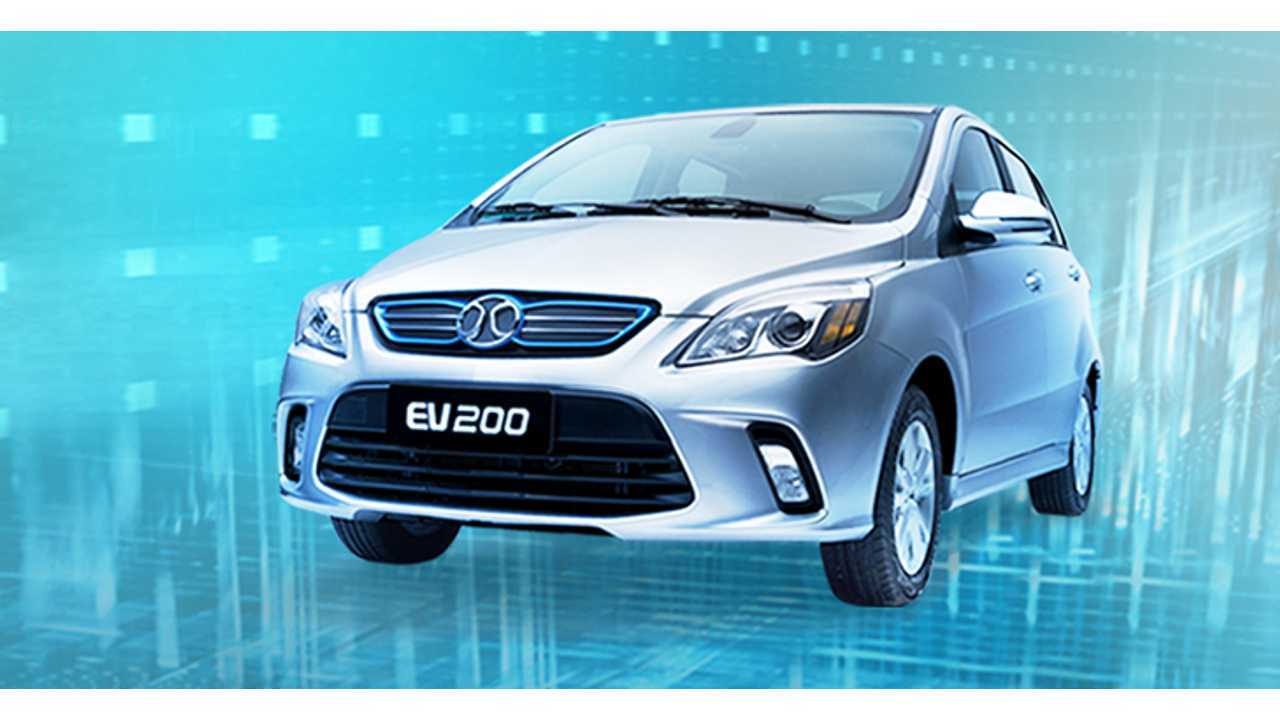 By looking at the results so far this year in China, it is hard to not notice the upward climb in plug-in vehicle sales. For September, deliveries increased by 79% to 78,000!

Once again, that is 78,000 plug-in sales...in a single month.  More than the rest of the world achieved combined last month.

Breakdown on the sales by category:

Looking ahead to the rest of 2017, we should see back-to-back record monthly sales results in November and December, as the last couple of months of the year in China are typically best ones.

So far this year, sales of New Energy Vehicles (plug-ins) in China have reached 398,000 (up 37.7%).  If it wasn't for the government butchering the incentives at the start of 2017 (ain't slow moving, bureaucratic red tape great?), then we likely would have already seen 500,000 sold in the region.

Inside the numbers, the plug-in you probably have never heard of, set another single month sales record.  The BAIC EC-Series (EC 180) sold 8,419 copies in September, after notching almost 7,000 sales in August.  The Zhidou D2 EV came in 2nd with 5,084 sales, while the BYD Song EV recorded 3,745 registrations.

...and yes, thanks to the last ~60 days of sales, the BAIC EC will be the top selling plug-in vehicle globally in 2017, standing at 37,152 registrations after the first three quarters.

BAIC is the first automaker to sell "more than 8,000" of something that plugs in for a single country!

We should note that CAAM reports sales of all kinds of road legal vehicles with a plug-in powertrain (for example buses), but a large majority is still passenger light vehicles...not that an all-electric bus should be counted/considered less than a passenger EV (it should probably be counted as more valuable).