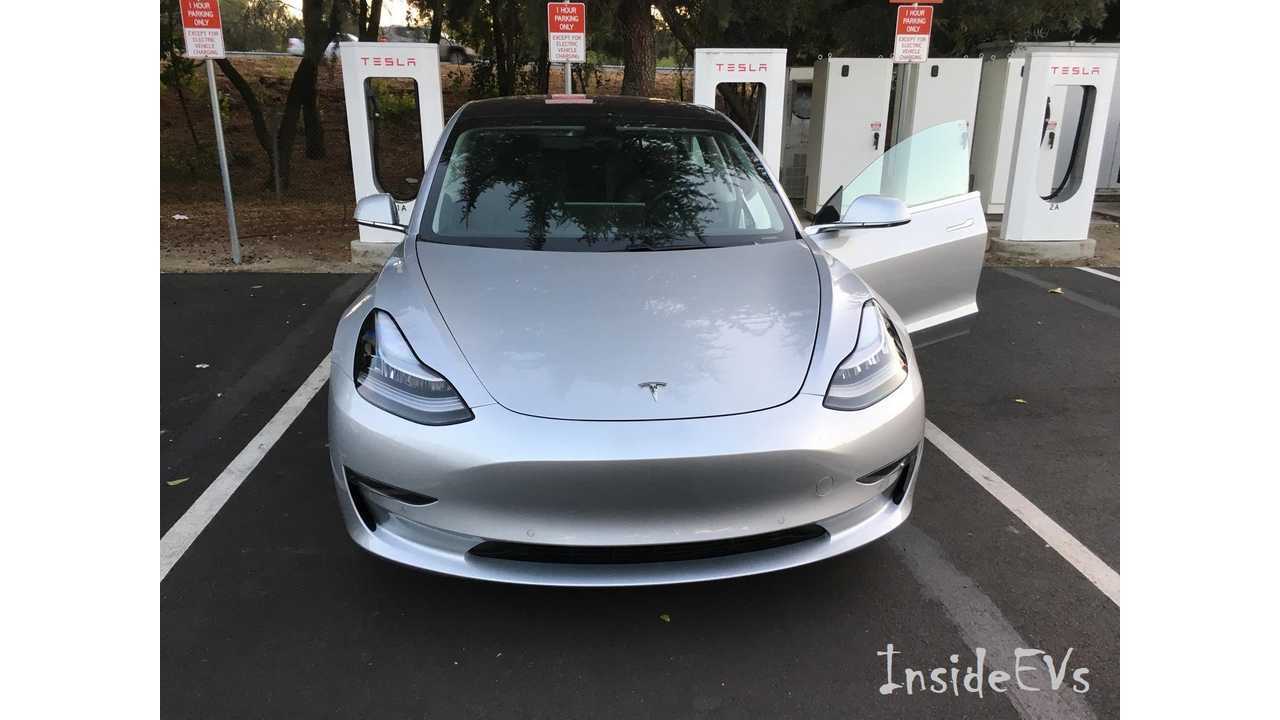 The Tesla Model 3 aims to make up a substantial part of the growth of electric vehicle sales globally. (Image Credit: Mark F)

In an attempt to portray forward momentum and satisfy emissions requirements, global automakers are pushing forward with electric vehicle sales.

According to a recent report from Moody's Investors Service, battery-electric vehicles (BEVs) should comprise about seven to eight percent of new vehicle sales globally by the middle of the 2020s. Currently, global BEV sales haven't eclipsed the one percent mark. Moody's went on to say that by the end of the decade (2030), BEV sales will climb to 17 to 19 percent.

The firm cites decreasing battery costs as the primary influencer of the surge by 2030. Despite Moody's focus on BEVs, this is not to say that other forms of vehicle electrification will not also rise. If we include plug-in hybrids in the equation, or even fuel cell vehicles, market saturation will prove higher. Bruce Clark, Moody's Senior Vice President and lead automotive analyst, shared:

"One of the auto industry’s major areas of focus for the past 10 years has been improving fuel economy and preparing to meet increasingly burdensome emission-reduction rules, and battery electric vehicles are an extension of this. But BEVs will require significant capital investment by automakers, generate low returns until the early 2020s and face hurdles to achieving broader consumer acceptance."

Global automakers are compelled to follow suit, partly due to the need to keep up with changing technology, as well as staying ahead of competitors. There's also a substantial media impact that plays a role, as new automakers like Tesla attract wide popularity. Though, in the end, it really comes down to the changing emissions standards.

In the U.S., adoption is growing quickest in California, and other California Air Resource Board states, due to stricter emissions policies. However, in other U.S. states, growth is not as prevalent. In Europe and Asia, several countries have already announced and started the implementation of plans to banish fossil fuels completely by a specified date.

Interestingly, many automakers are publicly pushing against such mandates, all while making major announcements about moving to vehicle electrification.