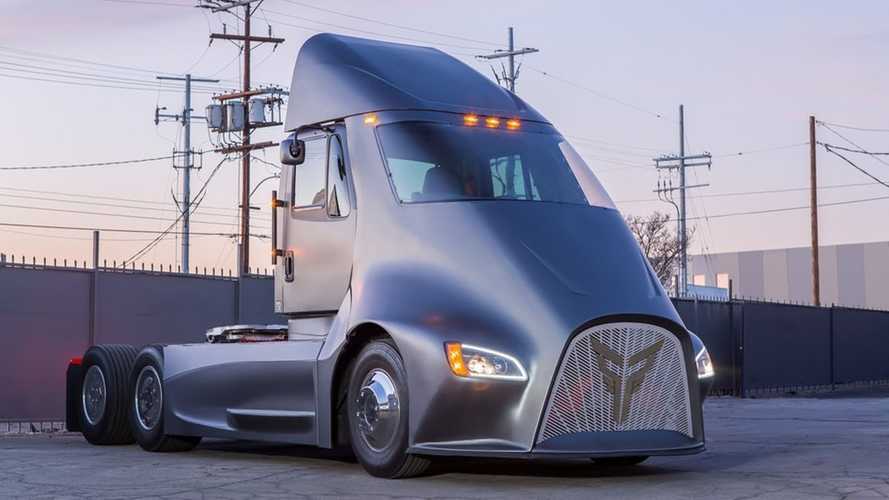 It's time to get a charging infrastructure in place for those upcoming electric trucks like the Tesla Semi.

The California utility intends to build charging stations for about 3,000 vehicles like trucks, school and transit buses or other medium/heavy-duty equipment, including forklifts and refrigerated semi-truck trailer.

SDG&E argues that those vehicles are generating the bulk of the most harmful air pollutants.

There is more than 103,000 Class 2 through Class 8 commercial vehicles in the region.

If the proposal is approved by the the California Public Utilities Commission (CPUC), then installations will be spread out over five years.

At this stage, SDG&E didn't revealed what kind of charging stations we should expect.

"Under a proposal submitted to the California Public Utilities Commission (CPUC) this week, SDG&E is seeking approval to build charging infrastructure to enable about 3,000 medium/heavy-duty vehicles to go electric. To clean up the air in areas suffering from the highest levels of tailpipe emissions, 40 percent of the installations will be targeted for vehicles and equipment that are based in or travel through disadvantaged communities. Overall, this program will help local, regional and statewide government meet climate action goals by reducing greenhouse gas emissions.

This new proposal comes on the heels of SDG&E receiving unanimous support and approval from the CPUC on Jan. 11 to proceed with several pilot projects to install charging stations at the Port of San Diego, San Diego International Airport, Park & Ride lots, shuttle hubs and delivery fleet hubs."

"If approved by the CPUC, the new proposal would enable a much wider deployment of charging stations in the region, which is home to more than 103,000 Class 2 through Class 8 commercial vehicles, including trucks that operate around the congested ports of entry along the U.S.-Mexico border. These vehicles range in weight from 6,000 pounds to more than 33,000 pounds. In California, Class 2–8 vehicles produce more particulate matter than all of the state’s power plants combined and can cause or worsen asthma and other health conditions.

The application would also support the electrification of forklifts and refrigerated semi-truck trailers, which are vital for moving and delivering perishable goods. If approved by the CPUC, the program would be implemented over five years and is expected to reduce greenhouse gas emissions by 42,000 metric tons per year, equivalent to avoiding the use of more than 4.7 million gallons of gasoline.

A cutting-edge element of the proposal is an electric school bus pilot. Under the pilot, bus batteries would charge when energy is plentiful—such as during the day when there is abundant solar power—and discharge the energy when there is high demand on the power grid.

Meanwhile, as part its Power Your Drive Program, SDG&E continues to make progress installing up to 3,500 charging stations at multi-family homes and businesses. SDG&E’s charging projects do not just deliver clean air, they also create jobs and stimulate the economy."

“We are building momentum to achieve a cleaner, more sustainable future, as businesses, local government agencies and every day citizens embrace ambitious climate goals to clean up transportation. We live in an exciting time because technological barriers are disappearing, and it’s now feasible for vehicles and equipment that transport people and goods to be powered by new electricity and natural gas engine technology, which is much cleaner than conventional gasoline and diesel engine technology.”