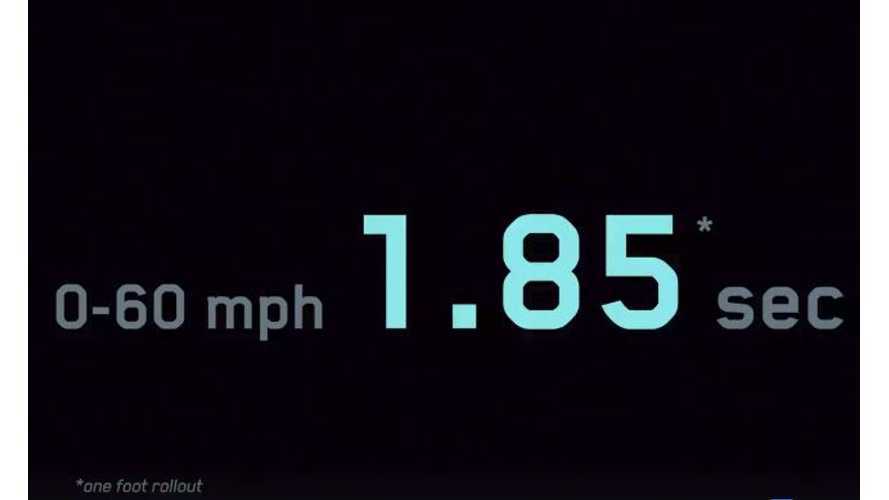 Rimac has released a new teaser image/video showing off the front end of its upcoming electric hypercar, claimed to rival the new Tesla Roadster.

***UPDATE: March 6 - In a new teaser video attached at the top, Rimac announced that its new electric hypercar sizzles from 0 to 60 MPH in a record-shattering time of 1.85 seconds. That's even quicker than the new Tesla Roadster.

**UPDATE: March 5 - In a new teaser video attached above, Rimac has announced the unbelievable power its new electric hypercar will have: 1,914 hp.

On March 6th, 14:30 at Geneva International Motor Show, the most important automotive stage, we will introduce you to the next generation of hypercar performance - a car, quite literally, alive with technology.

It will be fully revealed at the Geneva Motor Show in March.

We think Rimac will be shooting to hit or exceed at least a couple of those marks with its new electric hypercar, though no specs have been released by the automaker.

We do know that Rimac's current electric car, the Concept_One produces 1,224 horsepower and 1,180 pound-feet  of torque, allowing for a 0-60 mph time of just 2.5 seconds, and a top speed of 220 mph. Electric range is approximately 200 miles. The new car is expected to exceed those specs.

We'll find out more in March when the car hits the stage. Production is expected to begin shortly after its debut.