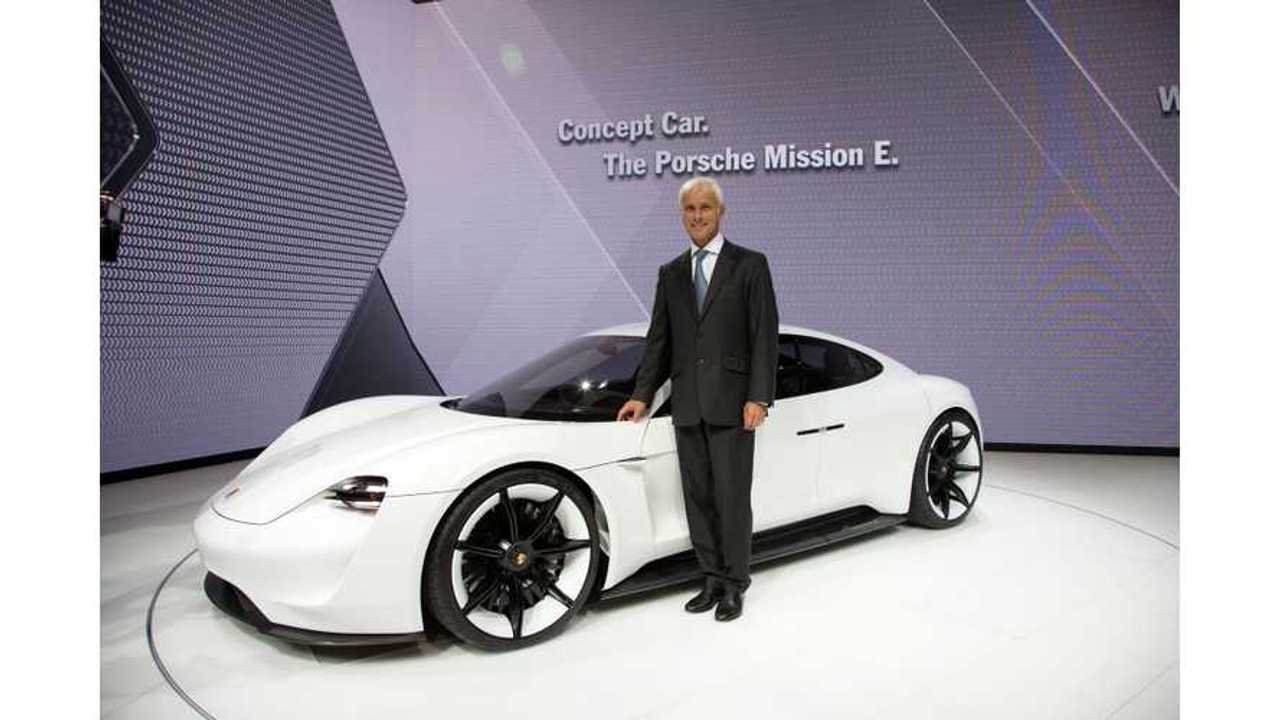 "If I am correctly informed, Tesla each quarter destroys millions of dollars in the three digits."

Described as being a “forum for international understanding,” the “Menschen in Europe” event was organized this week in Passau, Germany to talk about everything from business and politics to arts and culture.

The car industry was also a subject of debate and Volkswagen CEO’s Matthias Müller was invited to say a few words.

“Now I really need to say a few words about Tesla: With all due respect, there are some world champions of big announcements in this world – I don’t want to name names.

There are companies that barely sell 80,000 cars a year. Then there are companies like Volkswagen that sell 11 million cars this year, and produce a profit of 13 or 14 billion euro. If I am correctly informed, Tesla each quarter destroys millions of dollars in the three digits, and it willy-nilly fires its workers. Social responsibility? Please. We should not get carried away and compare apples with oranges.”

Well, it’s rather too late for “I don’t want to name names,” isn’t it? The part about not being socially responsible likely has to do with the fact that Tesla recently dismissing hundreds of employees (between 400 and 700 workers). This statement made by the VW CEO is quite brave when we take into account the group has been going through some major issues caused by the emissions scandal, prompting the company to switch towards an aggressive EV plan.

Matthias Müller’s criticism of Tesla comes less than two weeks after a bold statement made by an exec at General Motors. The firm’s director of autonomous integration, Scott Miller, argued Elon Musk is “full of crap” regarding the autonomous driving capabilities of the Model 3 by allegedly being able to meet the maximum level 5 requirements.

For our German-speaking readers, attached below is Matthias Müller’s statement: