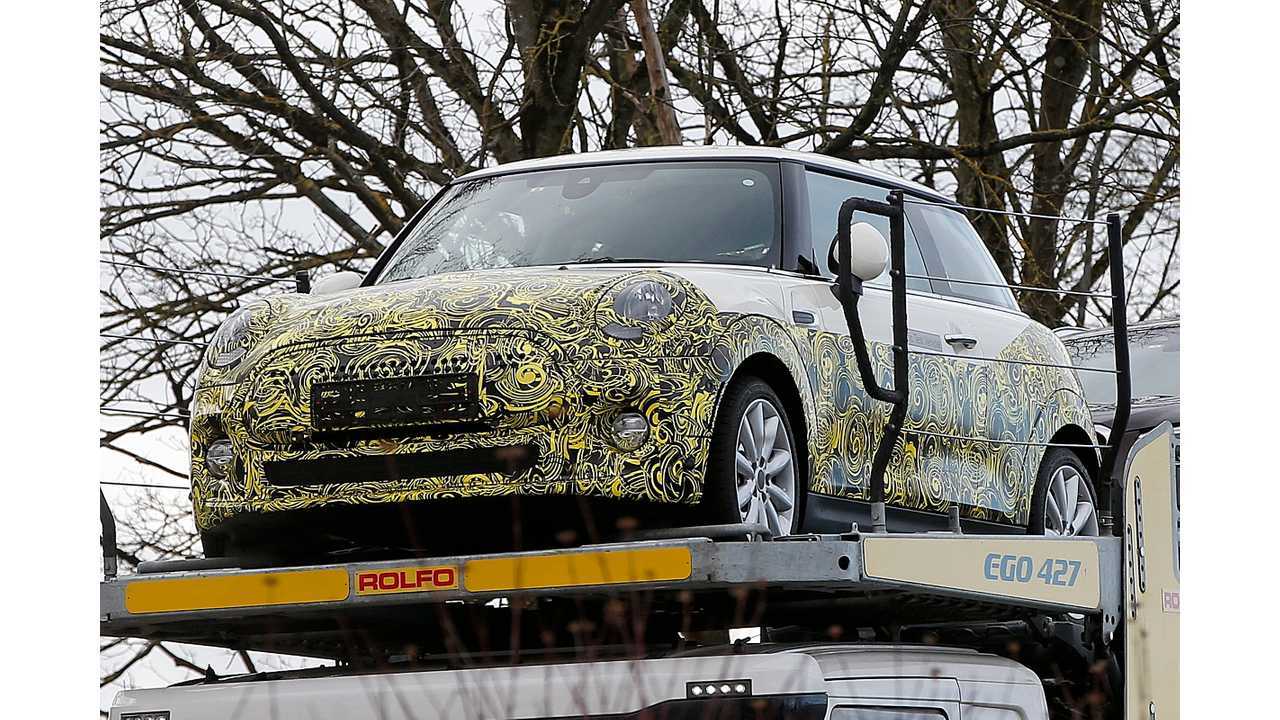 The Mini Electric Concept made its world debut at the 2017 Frankfurt Motor Show back in September and now we're getting our first look at it, albeit in boring test mule form, out in the wild.

Mini has yet to release specs on the upcoming Cooper Electric, but the automaker did state the following in regards to when we'll see the production version of this car:

A production version of the MINI ELECTRIC CONCEPT will be unveiled in 2019.

Until then, take a gander at these spy shots of the Mini electric test mule and let us know if you catch anything revealing in the images.

Production of the plug-in MINI will take place in Oxford, UK, while the drive-train will be produced at BMW’s Dingolfing and Landshut sites in Germany.

For some additional background, here's Mini's debut release on the Cooper Electric Concept (including images of the concept car).

Debut of the MINI ELECTRIC CONCEPT – fully-electric, iconic design and exciting driving dynamics Taut, clean cut surfaces produce a minimalist impression World premiere at IAA Cars 2017, Frankfurt, public display from Saturday 16th September Production version will be unveiled in 2019 Concept follows introduction of the first electrified production MINI, the MINI Countryman Plug-in Hybrid Almost 10 years after MINI E laid the foundations for production-standard battery electric vehicles within the BMW Group, MINI is now offering a window on the future of urban electric mobility. With a focus on driving excitement and inspiring design, it moves the brand’s urban tradition into the electric age and in doing so spices up the conventional notion of electric mobility. A production version of the MINI ELECTRIC CONCEPT will be unveiled in 2019.

MINI Electric Concept From the back the new MINI electric concept is still recognisable as a distinctive MINI design, with a side sporty stance. The top section is dominated by clear surfaces, and takes on a far more dynamic aspect the nearer it gets to the road.