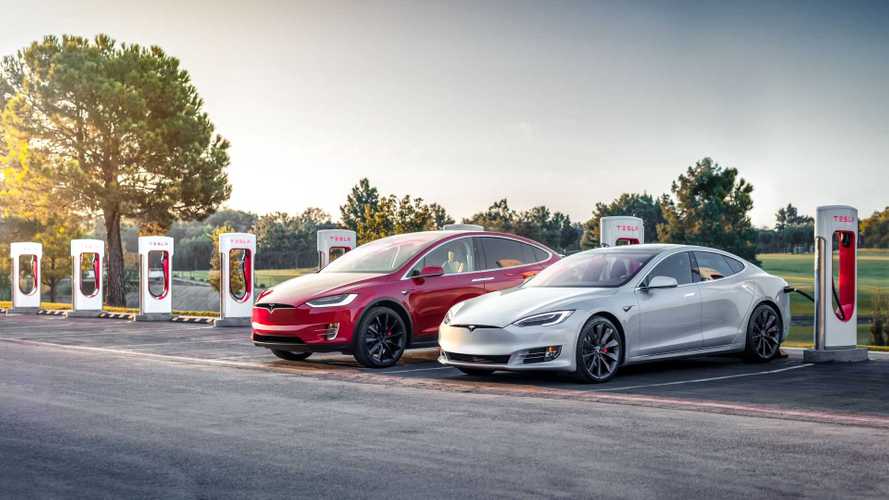 The Institute for Local Self-Reliance (ILSR) recently released a comprehensive report (via CleanTechnica) on electric vehicles. The ILSR's report, Choosing the Electric Avenue – Unlocking Savings, Emissions Reductions, and Community Benefits of Electric Vehicles, authored by John Farrell, is a treasure trove for those looking to learn more about the state of electric vehicles today and their exciting future ahead. The report points out "Tesla's supercharged role" in the EV space and highlights its happy customers, better batteries, and Uber-like opportunities.

"Tesla has proved to have its own sex appeal, beyond eco-consciousness... A Jefferies analyst surveyed 145 Tesla owners in June 2015, when the least-expensive model available had a $58,000 sticker price and most of the automaker's vehicles cost substantially more. About 70% of respondents said they switched to the Silicon Valley electric carmaker from cars that cost less than $60,000. Overall, they were willing to pay an average of 60% more than their previous car to own a Tesla."

As evidenced above, the automaker also has sky-high customer satisfaction scores. Furthermore, the brand as a whole, "ranks first in customer satisfaction surveys, with 91% of owners saying they would buy the same car if they were repeating their shopping process, 7 percentage points more than the next car company, Porsche."

"As the sole electric-only car company, Tesla leads electric car manufacturing and is in hot pursuit of less expensive batteries for its models. Based on research conducted at its first-of-its-kind Gigafactory, Tesla aims to maximize efficiency in battery production to shave down costs. From 2008 to 2015, Tesla halved the cost of its battery packs despite expanding energy capacity by roughly 60 percent in the same span."

Aside from falling battery prices at automaker's Gigafactory, the company's plans to move into the self-driving, ride-sharing space should decrease costs further to the end-consumer. "Writing in Greentech Media, Tam Hunt tabulated the possible payoff for the owners of automated Teslas, based on the $15 average hourly income for a part-time Uber driver in Santa Barbara, CA. If a Tesla owner rented their vehicle on the Tesla Network at that hourly rate for 15 hours per week, they would see $225 in weekly income, or about $964 per month."

Taking this to the extreme — your Tesla could eventually be free. "Even subtracting $80 per month in electricity and insurance costs, plus 35% in taxes, the monthly takeaway is $504. That narrowly outstrips monthly loan payments for a Tesla Model 3 priced at $27,500 (after a $7,500 federal tax credit), with $1,000 down and a five-year loan with a 5% interest rate.

Under those circumstances, Hunt estimates the 'cost' of ownership is a net positive $4 per month. Following Hunt’s logic, and assuming regulators sign off on both the introduction of automated vehicles and Tesla’s rideshare plan, a driver with good enough credit to access favorable financing could essentially own their Tesla for free (minus a $1,000 down payment)."