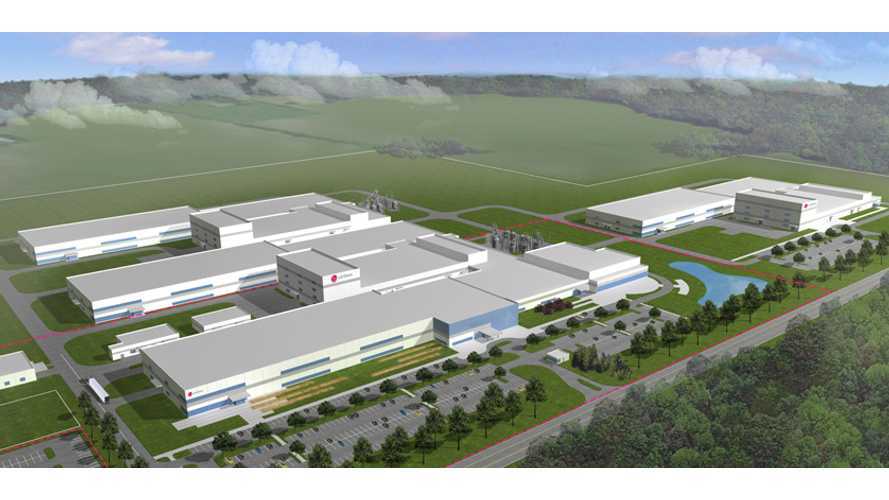 Plug-in electric vehicle sales are growing fast, and with the arrival of new 2nd generation offerings (finally) and EV mandates around the world, the increased demand for better (and cheaper) EVs looks to take sales even higher.

However, the pace of that growth could be determined by the ability (or lack thereof) of battery makers to adjust their production capacities higher.

The main concern is that lithium-ion battery cells are now supplied to most manufacturers by companies like Panasonic, LG Chem and Samsung SDI.

All those suppliers are today expanding their production capacities, and even launching new facilities (Panasonic with Tesla in U.S., LG Chem in Poland and Samsung SDI in Hungary), but these are just the first steps.

The anticipated future sales of plug-ins - up to 15% market share in 2025 according to IHS Markit, means shooting battery demand over 300 GWh annually (setting aside the surging energy storage business). That's eight times more than today in just eight years!  While at the same time, some other forecasts (Exane BNP Paribas) say that demand will be even higher, up to 600 GWh.

Whatever the result, the general consensus is that suppliers have many years of rapid growth ahead, and they need to get to building more factories.