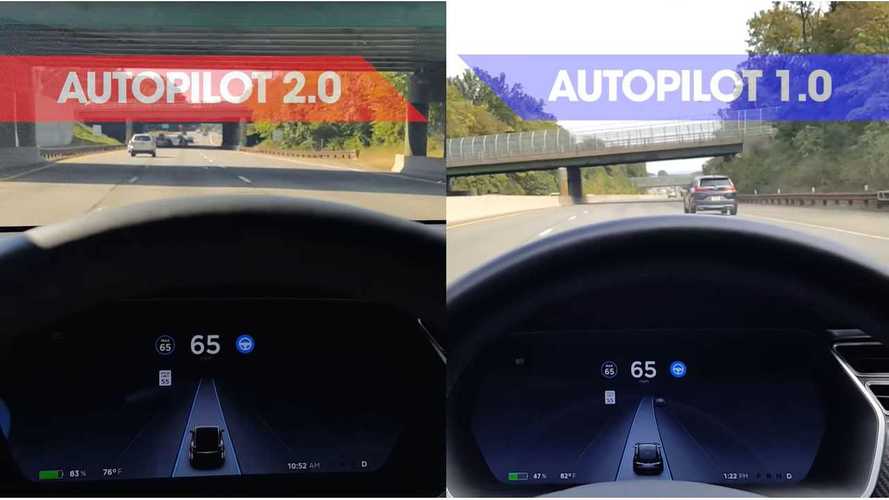 While Tesla is potentially making great strides with its proprietary Autopilot 2.0 system, it will still be awhile before parity with the original system is achieved.

Most Tesla owners aren't too thrilled that the automaker has taken over a year to bring its second-generation Autopilot software to parity with the Mobileye's Autopilot 1.0, and rightly so. Especially since the automaker claimed to have completed its own system in just six months (six months ago), and has been saying that it would be up to parity soon.

Though the automaker has built its own system from the ground up, following the Mobileye split, it's still missing key features, and many say that it just doesn't work quite like the original. Tesla assures that the system will continue to receive incremental over-the-air software updates, and the final product should blow us away.

It comes as no surprise that McNeill has earned his current role. He's definitely a "people person" by all definitions.

We recently reported about Tesla's President of Sales and Service, Jon McNeill, speaking in Amsterdam about the upcoming Model S and X-based Mobile Service vehicles. According to Electrek, he answered a few more important questions, and some directly related to Autopilot 2.0 parity concerns.

McNeill admitted that getting the software up to par has been a challenge, but he also spoke about experiencing a new iteration of the system firsthand, and he's beyond impressed.

Musk has made similar comments in the past about the level at which the updated system is expected to function. Apparently, it's just a matter of excessive patience at this point. Hopefully, it will be well worth the wait. When asked when Autopilot 2.0 will have feature parity with 1.0, McNeill seemed to suggest that it will be weeks or months. He responded (via Electrek):

“Writing software for the new hardware stack has been challenging, but we have some really great progress to reveal to you over the current quarter.”

His main point was that the automaker is exercising extreme caution to assure that everything is working correctly. He also noted that new features are already up and running in shadow mode. Once a feature is working in shadow mode, Tesla puts it through millions of miles of real-world testing prior to fleet-wide activation.

“We’re working super hard on new features, and rapid progress is definitely being made. We are continuing to refine our existing features and will be rolling out new features as soon as they’re validated. We’re grateful for everyone’s patience.”

Due to over-the-air updates, and the automaker's online access to every vehicle in its fleet, it can log millions of miles of data in a matter of days. Despite the fact that Tesla owners have to deal with these type of waiting periods, unlike legacy automakers, the cars can be updated constantly. No service center visits or recalls are needed for such updates, and features can be immediately added in shadow mode, tested on public roads through the connected fleet, and then universally implemented ... for the life of every Tesla vehicle.

Sure, it's a huge hassle and it should've been completed by now, but when you're buying into the future (new technology and non-traditional practices), it's something that you'll probably be dealing with indefinitely and inevitably as a Tesla owner.