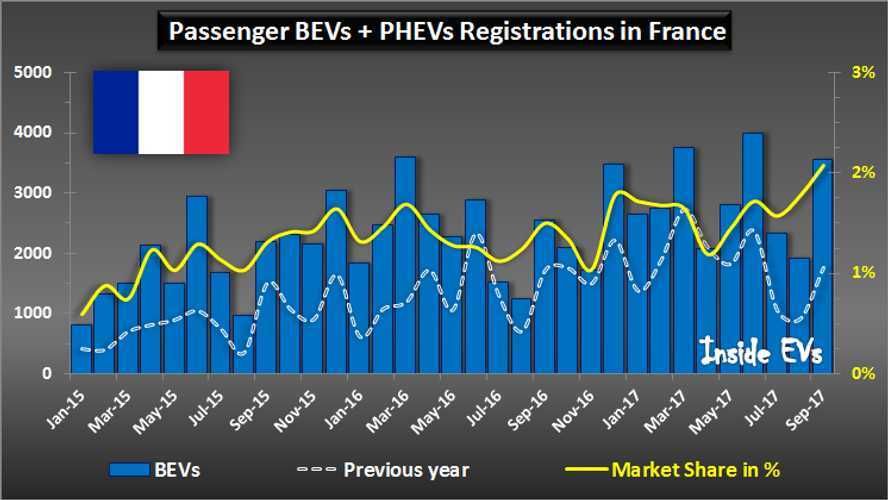 France's plug-in vehicle market share hit a new record in September, crossing the 2% mark for the first time (2.1%).  About 1 in every 48 new light vehicles purchased in the country came with a plug.

And as we recently reported, there a lot more public charging locations to plug into, as France also passed 20,000 charging stations (details) during the month.

Once again, the Renault ZOE keeps all other plug-ins well in its rear view mirror, holding down more than half of the entire BEV market share (1,267 and 52% passenger BEVs in September).

Below: Enjoy some charted plug-in data for France