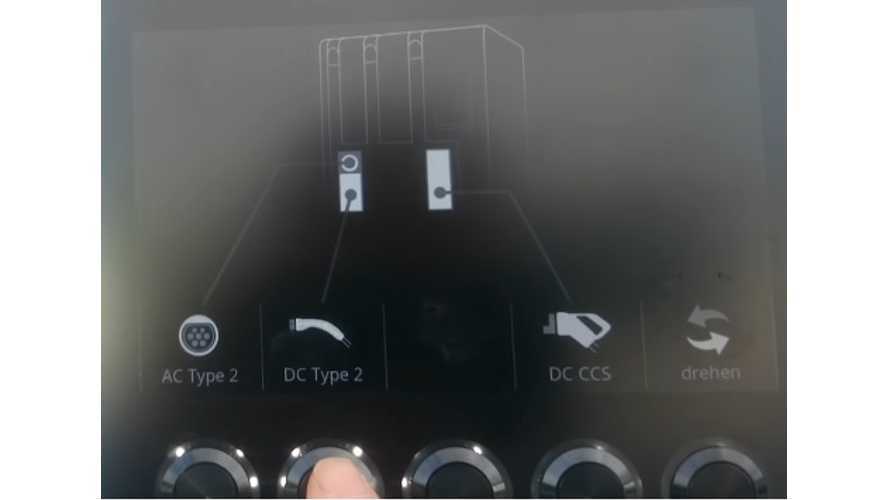 Gunzgen Süd in Switzerland is possibly the only place in Europe where you can find a non-Tesla DC fast charger that uses a Type 2 plug for DC charging - like the Superchargers.

The multi-standard chargers usually are equipped with DC CHAdeMO and CCS Combo plugs as well as AC Type 2, but the standard includes the possibility of DC charging. That option didn't make it into the mainstream market, beyond research and some internal-pilot projects.

Only Tesla decided to incorporate the Type 2 standard for both 3-phase AC and DC charging. Tesla's DC Type 2 charging was used on Superchargers in Europe, and later worldwide (besides in North America and a few other places).

Anyways, this very special charger can charge Teslas directly by DC, without any adapter, (*UPDATE) but Tesla does not approve of this. Tesla issued this statement on the matter (via Electrek):

“Despite repeated discussion and warnings, EVTEC continues to use a damaged and dismantled Tesla DC adapter for a charging service they promote. The misuse of our logo and reference to Supercharging is misleading the public and implies Tesla supports these chargers. In fact, Tesla had no involvement in the development of this charging system and has not tested or authorized its safety for use with Tesla vehicles.”

The drawback of the system is that the charging power is only up to around 45 kW, as seen in the video from user Starlight Tesla.

Here we present the Type 2 charging options we covered some four years ago in 2013.