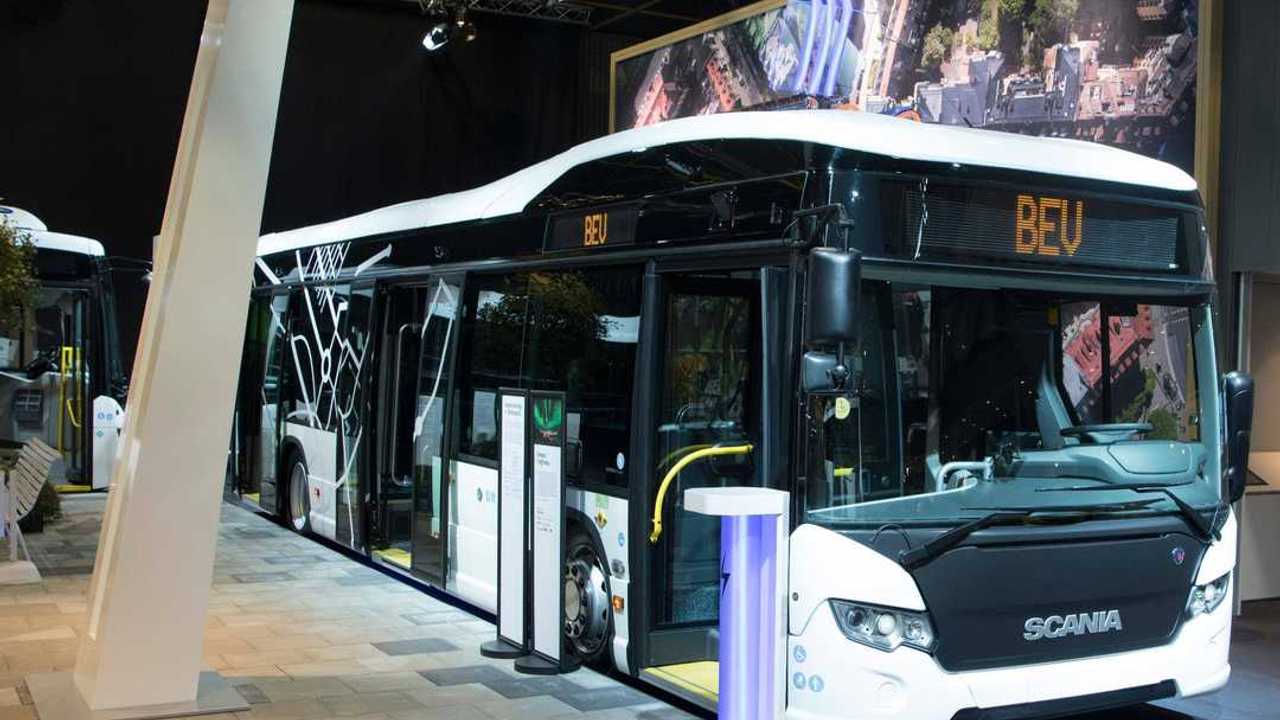 Scania has unveiled its first all-electric bus, the Citywide LF from the 2017 Busworld event in Kortrijk, Belgium.  The new offering will apparently also go on sale next year.

Word of caution:  Try to not let the excitement of the video above temp you to start your own ebus company, as the passion of the company on the project is evident.

In the coming months, Scania envisions trials throughout Europe, where electric buses are rapidly gaining in popularity.

The 12-meter long, Citywide LF will be equipped with the roof fast charging - OppCharge. This system needs to be active during operation, as Scania prefers to employ a smaller battery pack, so as to not decrease the passenger capacity of the bus (although we suspect, in the end it has more to do with keeping production costs lower).

While there is not many details at this time, Scania said that the electric bus was developed all in-house.

As Scania is part of Volkswagen Group, it's expected that we will see more electric buses in the future.