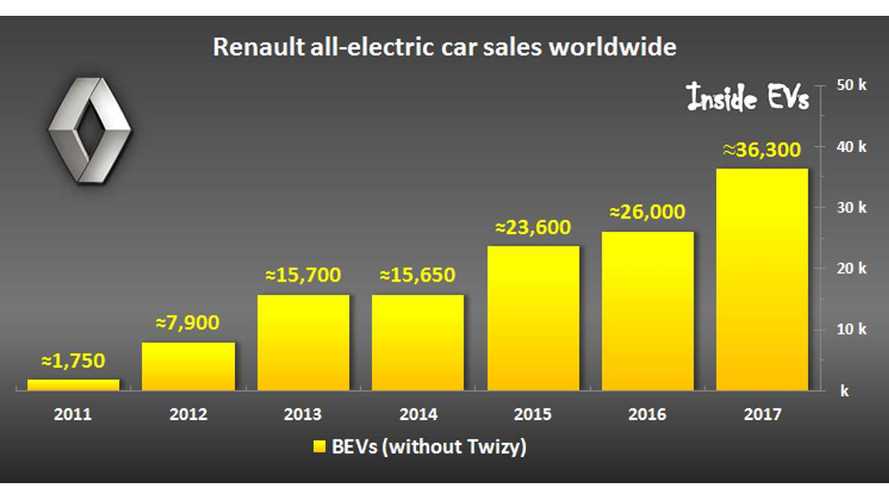 The French company noted nearly 24% share of passenger all-electric car sales in Europe last year, which is the biggest share among all brands.

For 2018, Renault announced the introduction of Master Z.E. with just a 33 kWh battery. We believe that its sales volume will be smaller than Kangoo Z.E.

Renault EVs are the most popular in France: