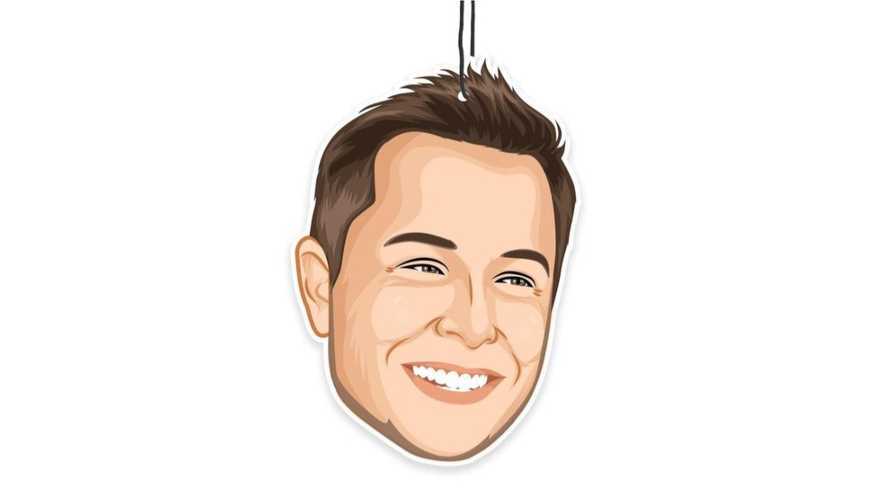 It's the Musk-have scent of the year

Yes, an air freshener bearing the image of Elon Musk's face is a real thing you can buy. And people are actually buying them. The tagline for the odiferous product?

The original Elon Musk air freshener, made with the real scent of Musk. Make your car smell like the world’s hardest working billionaire.*

Now, despite the uppercase nature of the word "Musk" here, we have our doubts that science has come up with a scent similar to the real smell of the billionaire entrepreneur. Thankfully. Not that we think the Tesla CEO smells bad, or anything like that. It's just, well, he smells human. At least, that's the rumor. Which is also not to say that humans smell inherently bad either. We would note, however, that people do apply cologne and perfume to cover their scent from other humans.

So, what does it smell like? According to the Elon's Musk website, they put real effort into concocting an authentic Musk-like odor,  which is, apparently, "quite leathery, with low notes of rocket fuel." They're probably right.

The website's owner, despite their obviously keen nose for business, weren't successful from the very beginning. That's because their first attempt relied on the old "collect underpants - ??? - profit" business plan once promulgated by Mr. Musk. The market for their underpants was underwhelming, however, and so they searched for a different product to push. Truly, the Elon's Musk air freshener idea was heaven scent.

The funky Musk mirror ornament is said to fit every Tesla (probably fits any car, really), and retails for $5.90. You can also pick up a three pack for $13.90  With around 500,000 people waiting to take delivery of the Tesla Model 3, we imagine this might be a popular Christmas gift this year.