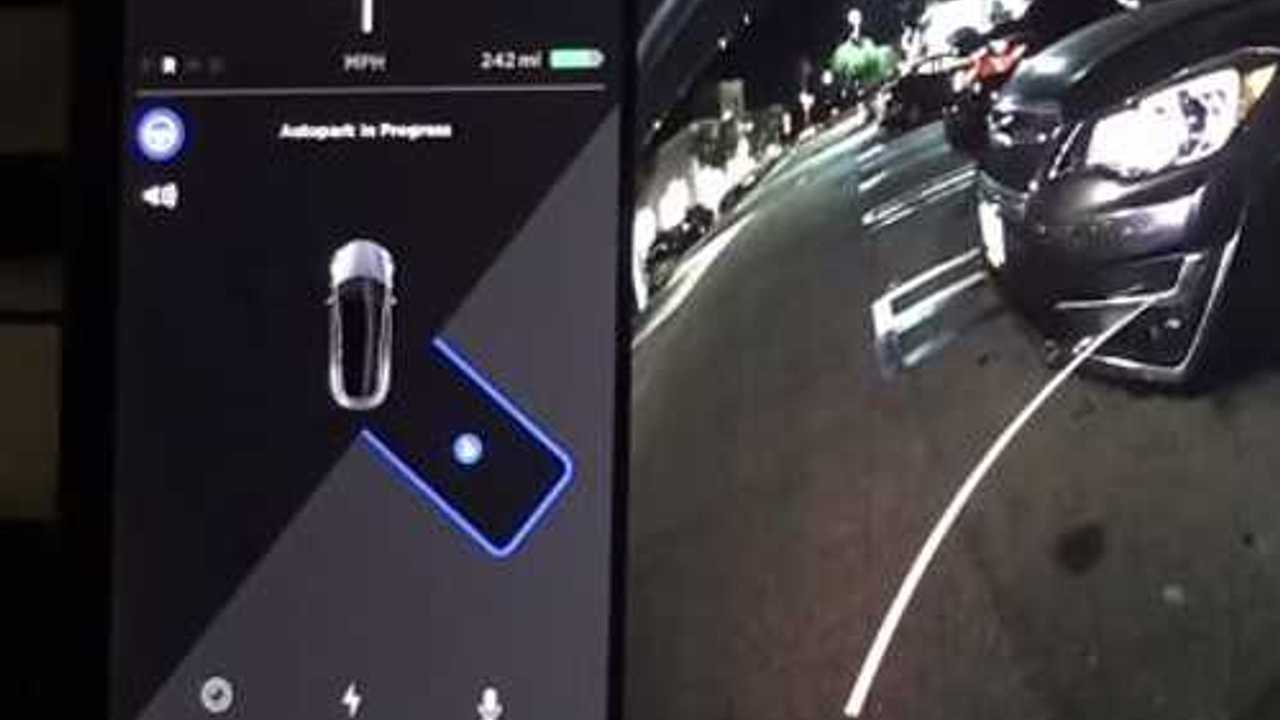 The calibration, or recalibration process, requires that one drives the car for up to 50 miles on straight, or somewhat straight, well-marked roads so that the sensors can be retrained following an update sent out recently by Tesla.

Once this is complete, such features as Autopark should function as expected.

Though cool, the feature still seems somewhat useless as it takes quite a bit of time to perform the parking task. Additionally, it doesn't quite seem to get it right on the first attempt either.

This video comes courtesy of stannous2 T. The same fella who presented us with other Model 3 videos, including: