Chevrolet Bolt Sales Up Year-Over-Year For January, Volt Sales Are Another Story 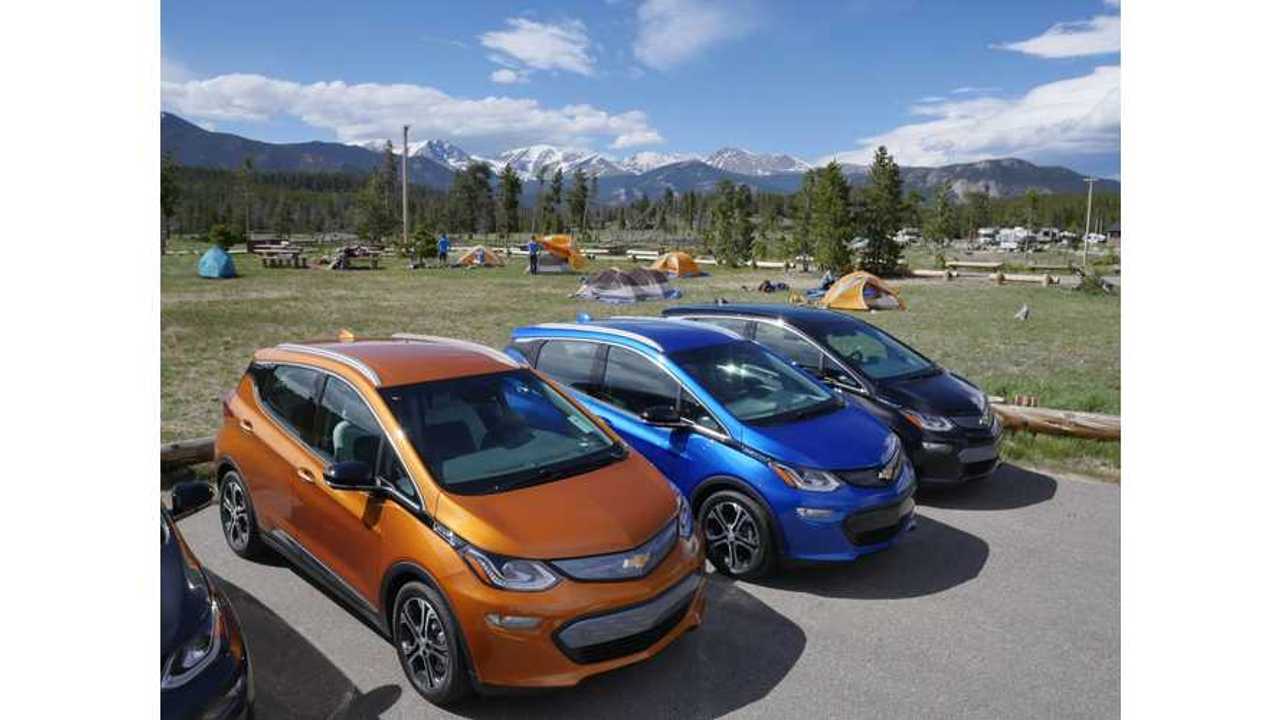 After finishing 2017 with a bang, the 238-mile Chevrolet Bolt EV continues to impress into the new year.

We can't say we're surprised that the Chevy Bolt exceeded January 2017 numbers, however, barely. In January of 2017, the Chevrolet Bolt was only in its second month on the market, and really only its first full month of sales. Additionally, the car was only sold regionally in California and Oregon during that month. Nonetheless, last January the Bolt became one of few electric cars in history to surpass the four-digit threshold for January.

The Bolt continues to find itself in a positive position with the all-new Nissan LEAF just finally coming into the mix, and the Tesla Model 3 just beginning to see increased production and deliveries. In the coming months, it will be interesting to see how the Bolt fares as these two competitors are added to the pot in much heavier doses.

The new 2018 Nissan LEAF should give the Chevrolet Bolt a decent run for its money now that it has finally arrived. However, sadly, we still have to wait another month or two to see the impact in all of its glory.

Aside from a surprisingly weak February and March, Bolt sales increased every month in 2017 to culminate in a December that eclipsed the 3,000 mark by a notable margin (3,227). We couldn't expect this month to continue that climb, being that January is just not a solid sales month for EVs, at least historically.

In October, GM publicized its future electrification plans, which will include up to 20 electric vehicles. In the short term, GM will offer two new all-electric vehicles inside of the next two years.

As we previously reported, the first is a Bolt-based Buick utility vehicle. We received exclusive information back in July from a source who attended a GM focus group. During the event, GM accidentally included the upcoming information in a presentation given by CEO Mary Barra (check out that photo below). We expect to see this model debut in Detroit in January and be available in the fall.

While Chevy Bolt EV sales continue to strengthen, its stablemate, the Chevrolet Volt, not only has to compete with the Bolt, but a large and growing range of plug-in hybrid rivals.

Chevrolet Volt: An ever-growing field of plug-in hybrid competitors has cut into the Chevrolet Bolt's stablemate

November welcomed the Honda Clarity PHEV - which has been priced strongly ($33,400 for a mid-size car with 47 miles of range) and is likely to become one of the Volt's toughest rivals to date. In December, the Clarity PHEV kicked it up a notch, selling 898 copies. We'll have to wait and see how it fares this month.

In addition to the Clarity, Hyundai just released outstanding pricing for its IONIQ Plug-In Hybrid, which starts at $24,950. It joined the mix in January, along with its corporate cousin, the Kia Niro PHEV. This new pair arrives ahead of multiple upcoming PHEVs with plenty of sales potential.

Additionally, the Toyota Prius Prime has proven a very strong contender, having placed narrowly ahead of the Volt for five straight months. Until December ... when the Prime surged ahead with a solid 2,420 copies sold, making it boss to the Volt for a full six months.

With the growing mix of PHEVs and aggressive pricing, the Volt may continue to see declining sales into 2018.

With all of the being said, the news still continues to be positive for GM on the EV front as a whole. The automaker sold ~1,890 plug-ins for January, to start off the new year on a positive note ... at least in terms of year-over-year, Bolt sales remain intact. However, due to lagging Volt sales, this is down from last January's 2,773. While Bolt inventory should have garnered a better result, January saw a changeover to MY 2018, which seemingly had an impact.