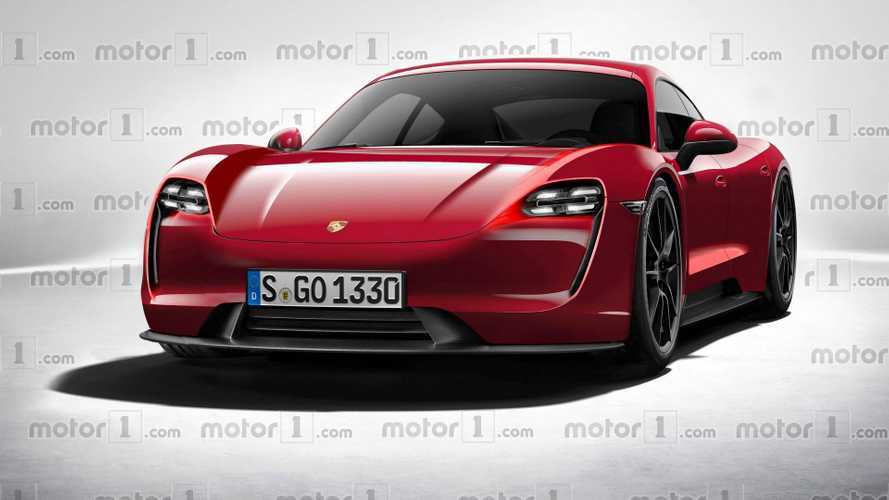 Porsche is on a mission: to launch its first-ever EV. This is how it might look.

We’ve seen the concept and the prototype (see examples of both below), so it makes perfect sense that our colleagues at OmniAuto (via Motor1) have decided to put the two in their Photoshop blender to create what we believe is a pretty sweet render of the production model. Due towards the end of 2019, the Mission E will serve as Porsche’s first-ever fully electric car and it might just have what it takes to lure in some members of the anti-EV crowd.

Tesla has proven electric vehicles don’t necessarily have to be slow and it’s going to be the same story with the Mission E. The concept was said to hit 62 mph (100 kph) from a standstill in only 3.5 seconds, so it was actually a tenth of a second quicker than a Panamera Turbo equipped with the optional Sport Chrono Package.

Porsche has made the promise the road-going car will pretty much retain just about all of the technical specifications of the showcar, including the ability to charge the battery pack to 80 percent in 15 minutes via what will be an 800-volt fast charger. The concept was rated at 311 miles (500 kilometers) in the not-so-accurate New European Driving Cycle and that likely means in real life driving conditions the Mission E in production guise should be able to travel for around 250 miles (322 km).

Factor in its starting price of around $85,000, so pretty much like a base Panamera, there are reasons to believe the Mission E will be a hit for Porsche. The Model S could use some competition and it’s also a good thing people in the market for a premium electric car will have more models to choose from in the next years as other automakers will be hopping on the zero-emissions bandwagon.

Porsche is queuing up production to build and sell ~20,000 copies per year, which would represent almost 10% of the entire brand's sales.

Of course, that price tag refers to the entry-level version, which means the ones loaded with more goodies and equipped with beefier electric motors will easily hit the $100,000 mark. A neat feature that has already been announced by Porsche is the plan to roll out over-the-air updates, much like Tesla has been doing for quite some time.

Late 2019 availability likely means the production version will debut earlier that year, so we will have to patiently wait for at least a full year to see the real deal. During this interval, we’re probably going to have numerous spy shots with work-in-progress prototypes gradually losing the camo to reveal the final skin.