Consumer Reports: Tesla Reliability All Over The Map 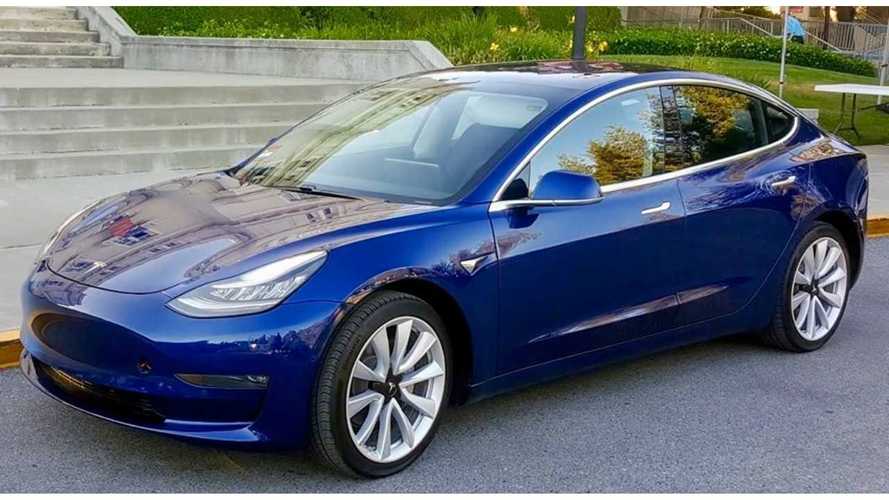 Interestingly, Consumer Reports published an assumption that the Tesla Model 3 will likely earn average reliability, not to mention the fact that the reviewer has Tesla reliability all over the map.

The reason CR's Model 3 statement is an assumption is that the publication has yet to drive the car. In fact, they don't even have their hands on a Model 3 yet and probably won't for some time. However, someone at the outlet felt it appropriate to say that the Model 3 will "probably" not be more than average in regards to reliability.

Tesla has argued with CR's views in the past, yet Musk has also supported the magazine from time to time, but this time Tesla is lashing out and publicly challenging the publication. A Tesla spokesperson commented on the situation:

“Consumer Reports has not yet driven a Model 3, let alone do they know anything substantial about how the Model 3 was designed and engineered. Time and time again, our own data shows that Consumer Reports’ automotive reporting is consistently inaccurate and misleading to consumers.”

Some (including the automaker) believe that CR likes to report about Tesla because it draws people in. This comes as no surprise since it would be almost ridiculous for the magazine not to do so. Tesla is new and exciting and people want to know more and more about the company. The Silicon Valley automaker is surely elusive and not very transparent, so CR (and many other publications) will do what it can to shed any light on the automaker ... good or bad. According to Bloomberg:

"Consumer Reports has built credibility for its ratings by refusing advertising from automakers and paying for the vehicles it evaluates. The magazine’s views on Tesla have been up and down: The Model S scored an off-the-charts rating in 2015, but the magazine pulled its recommendation two months later after owners reported an array of quality problems. In April, Tesla models were downgraded after owners went months without an automatic braking system. By July, the safety feature was fully restored and the Model S and Model X recouped the points they lost."

CR claims that it estimated an average reliability rating for the Model 3 due to the fact that it shares tech with the Model S, which currently ranks among the bottom third of the magazine's ratings of 27 brands, even after a recent substantial improvement. Further, the Model X has never been reliable as far as CR is concerned and this year it's plain terrible. The magazine's director for automotive testing, Jake Fisher, explains:

Keep in mind that CR predicting reliability for new vehicles is not a new concept. The magazine commonly does just that. Generally, estimates are based on the automaker's current reputation for reliability, comparable models, shared components, etc.

Despite the fact that this is commonplace, Tesla isn't happy, especially since it feels that CR is repeatedly publishing misinformation about the brand in an attempt to generate media buzz. The automaker has gone so far as to accurately point out CR's oversight (like when the magazine reportedly used an old model to draft a review claimed that it was based on an up-to-date vehicle). Tesla argued:

"We have urged them multiple times to correct this, and they've refused. We believe this refusal is rooted in the fact that their coverage of Tesla generates significant attention for the publication."

It's a bit difficult when dealing with Tesla and its lack of traditional model years, regular hardware changes, and continuous over-the-air updates. At any given time, two very similar Tesla vehicles could actually be quite different, depending on exactly when the cars came off the assembly line, and what updates have pushed through.

Now that Tesla has officially gone to bat against CR, will it cause more issues in the future? CR has yet to officially respond to Tesla's most recent complaints. However, Jake Fisher says:

"We are going to be purchasing one of these cars, we will be testing it and if it tests ok it may be a vehicle that could be recommended."

Too bad it might be years before they can get one. Heck, Elon's mom can't even get a Model 3, and we have to assume that if CR is on the list, it's going to be a long time coming.