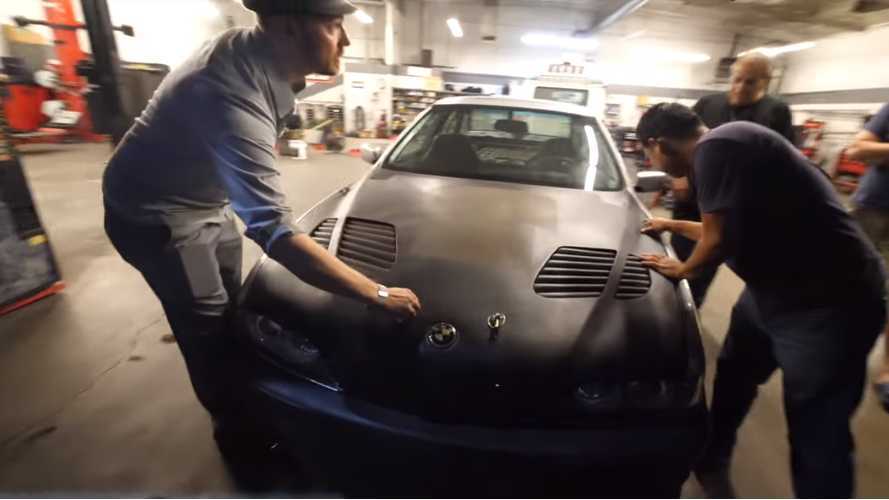 A converted BMW E39 528i just set a record for the most distance driven by an electric car on a single charge after almost running for 1,000 miles.

When last we heard from  Eric Lundgren's Phoenix project, planning was afoot to prove that it could drive for 1,000 miles on a charge.  With its 133 kWh battery spread throughout the upcycled 1997 E39 BMW 528i, it had already done a distance of 748 miles at a single go. With proper conditions, it was thought as much as 1,200 miles might be possible. Reality disagreed.

On October 19, car and crew hit the Auto Club Speedway of California in Fontana to give it their best shot. Well-known EV Vlogger Jehu Garcia was on hand for the event and has 48 minutes worth of video posted (above). He did have another, shorter video featuring closeups of the now repainted car and conversations with some of the team members, but that is no longer public.

According to Garcia, the car now has over 200 kWh of battery shoehorned in the chassis. With some of their available time at the facility lost to logistical problems — 48 hours dwindled to 42 — the speed traveled may have been faster than optimal. Certainly one driver had said he'd driven a leg mostly at 30 miles per hour.

In any case, the team managed to crawl around the two-mile oval for a total of 995.5 miles, just short of its 1,000-mile claim, and short of the 1,100 miles that Proterra achieved with a bus. Still, it was enough, they say, to get the feat into the Guinness Book of Records. According to Garcia, some mistakes were made: the battery wasn't properly balanced or fully charged, and speeds were sometimes too high . These elements may have been responsible for a 300-mile shortfall. The team had hoped to hit 1,200 miles.