Volkswagen Releases Some Info On Its Electric Pikes Peak Racer 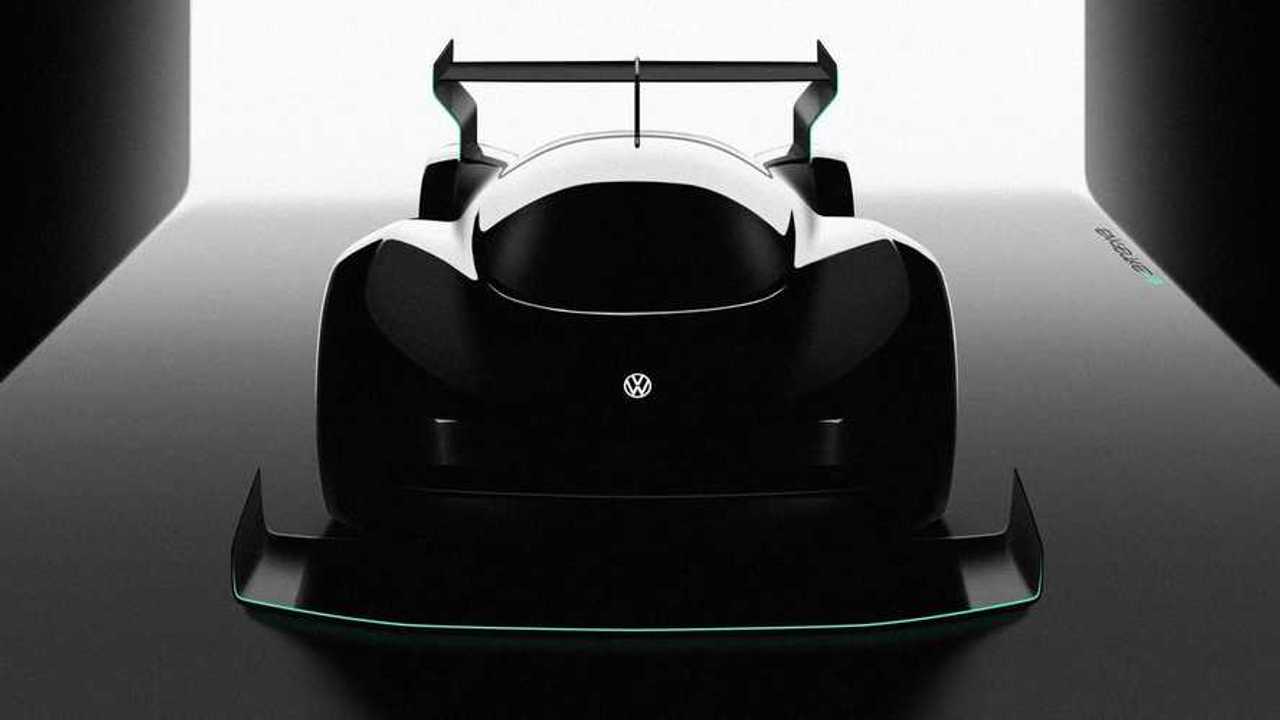 After releasing some partial and grainy teasers, Volkswagen has now decided to drop a more revealing image of its race car scheduled to take part next year in the Pikes Peak International Hill Climb. With a massive splitter up front and a gigantic wing at the back, the electric racer looks fast even when standing still. For the moment, we only have this shadowy render to go by, but it’s enough to give us a reason to wait for next year’s hill climb slated to be organized on June 24th.

Some of us weren’t even born the last time when Volkswagen was in Colorado to attend the challenging Pikes Peak event. It happened way back in 1987 with a bonkers twin-engined Golf, with one engine driving the front wheels and the other powering the rear axle. It tried, but failed as the all-wheel-drive creation did not finish the hill climb. Now, VW is getting ready “for a rematch.”

Featuring a fighter jet-styled canopy on top of a curvaceous body, the fully electric race car is being developed by Volkswagen Motorsport with assistance from the company’s technical development center based at home in Wolfsburg, Germany. The engineers involved in the project must come up with an EV that in the hands of a skilled driver will have to complete the hill climb in less than the 8 minutes and 57.118 seconds needed by Rhys Millen and his e0 PP100 last year.

The Pikes Peak International Hill Climb is one of the most famous racing events organized on an annual basis and its origins date back to 1916 when the first race was organized in the Rocky Mountains near Colorado Springs. Those courageous enough to tackle the hill climb have to cover a 12.4-mile race course and tackle no less than 156 turns en route to the summit located at 14,110 feet (4,300 meters) above the sea level.

As a final note, Sébastien Loeb holds the outright record after finishing the course in 8 minutes and 13.878 seconds in 2013 with a purpose-built Peugeot 208 T16 Pikes Peak.