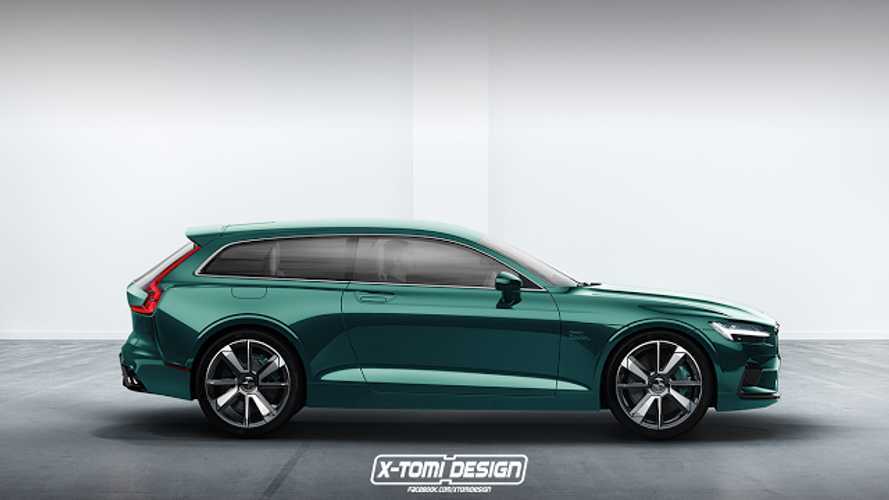 We like the looks, but there's a battery placement issue that likely prevents it from ever beocming reality.

By combining a vintage-inspired coupe with an efficient, yet powerful plug-in hybrid powertrain, the Polestar 1 is undeniably cool. Given that vehicle’s design evokes the Volvo P1800, it only makes sense to imagine the vehicle as a shooting brake like the later P1800ES (pictured below).

Rather than taking direct inspiration from the P1800ES’ huge expanse of rear glass, X-Tomi Design evokes cues from the existing V90 wagon. The higher roof appears to allow the fitment of more comfortable rear seats to replace the tiny bench in the back of the standard Polestar 1 coupe.

Unfortunately, creating a Polestar 1 shooting brake might not be so easy in the real world, or its rear cargo space would at least suffer compromises. The rear seat’s backrest doesn’t move because many of the hybrid components mount there in the trunk. Not being able to fold down the bench would lessen the amount of stuff someone could haul in the vehicle.

Polestar is now part of Volvo’s effort to build a dedicated division for electrified performance vehicles. As the name suggests, the 1 is the first effort from this new work. It rides a version of Volvo’s SPA platform with specific tuning by Polestar. The hybridized powertrain produces 600 horsepower (447 kilowatts) and 737 pound-feet (1,000 Newton-meters) of torque, and the model can go 93 miles (150 kilometers) on a charge.

Production of the Polestar 1 will begin in China in mid-2019. The firm will add a smaller, fully electric Polestar 2 that year, too. Eventually, the lineup will include a Polestar 3 crossover.