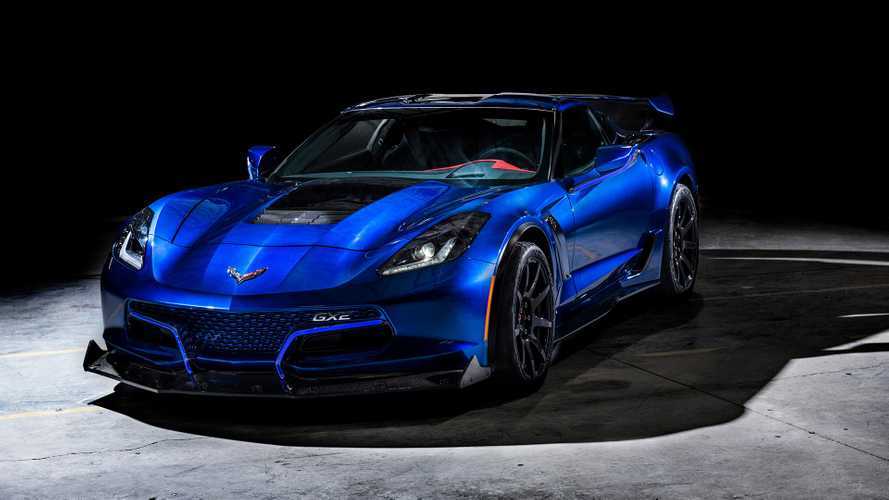 Genovation, as earlier announced, unveiled at CES its first street-legal all-electric car with a top speed of 220 mph (350 km/h) - the GXE.

It's based on the C7 Grand Sport Corvette and looks pretty great as an EV.

"At Genovation, we are proud to pay tribute to American engineering by using the iconic Corvette as the platform for our GXE. The race-inspired hydroformed aluminum frame and quintessential body style lend themselves perfectly to the lightweight and sustainable GXE."

Only 75 are to be made, and each one is priced at $750,000, which makes the Tesla Model S P100D seem damn cheap. First deliveries are expected next year.

"Our fourth video in the series details the company's long-standing objective of changing perceptions and misconceptions about electric technology. Since early 2000s, Genovation Cars has focused on electric car drive trains, power storage, battery technology and state-of-the-art inverters.  The wealth of knowledge we've gained has led us to the introduction of the all-electric GXE supercar. For Genovation Cars, it's truly history in the making."

More about the GXE:

The GXE all-electric power train was designed for maximum performance. The process began with an acknowledgement that no single motor could provide the torque, power and RPM we needed. Several twin motor approaches were analyzed with the best choice being two motors on a single shaft; a dual-stack. Next step was to find a pair of commercially available inverters that could power the dual-stack to maximum torque at an RPM the Corvette’s transmission components could handle. Finally, we designed a battery pack capable of providing voltage and current to meet the 250kW of power to each inverter simultaneously.

Control at your fingertips

The next generation GXE will be available with either a 7 speed manual transmission or a dual clutch paddle shift automatic. A large custom touch screen will control everything from the stereo to HVAC to performance drive modes to track day data acquisition.

Genovation is developing smart phone apps for both the iPhone and Android to allow for remote charge control and HVAC activation allowing the car to be pre cooled or heated while plugged in order to maximize driving range without compromising comfort.

Genovation is currently taking preorders for the initial production run of GXE’s. In order to maintain exclusivity, we are limiting production to just 75 GXE’s. By reserving your GXE, you will secure your position for taking delivery of your bespoke GXE.