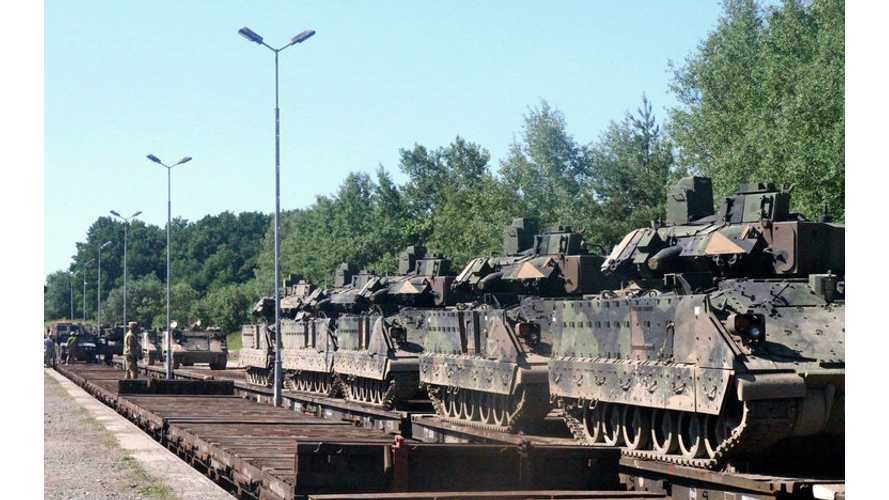 While the U.S. Army isn't yet all that many electric vehicles for daily use, there are currently some ideas being floated around to switch some heavy battlefield equipment to electricity.

According to the Donald Sando, the Maneuver Center of Excellence’s deputy to the commanding general, all-electric (and/or hydrogen fuel cell) brigades are coming...and they are coming fast.

“In 10 years, some of our brigade combat teams will be all-electric,”

Sando envisions 75-ton vehicles to be powered by high-capacity batteries (we'd bet on MWh-scale packs) and electric motors. Charging is to be done via 10-50 kW generators.

With that said, Abrams tanks will not be converted to the electric drive - as there is a need to develop a new electrified version from the ground-up.

"Sando pointed to the Next-Gen Combat Vehicle program, a prototyping effort underway at the Army Tank Automotive Research, Development and Engineering Center. A seven-year, $700 million contract was recently awarded to an SAIC-led team to produce two prototypes by late 2022.

We are surprised that battery technology has evolved enough to be considered for the electric tanks, but who knows if it will turn into a reality at this point. If the commercial electric truck market takes off as expected in the next few years, then the military certainly isn't likely to be far behind.

A rendering of the Silent Utility Rover Universal Superstructure (SURUS) platform with a truck chassis to show the potential of flexible fuel cell solutions. SURUS was designed to form a foundation for a family of commercial vehicle solutions that leverages a single propulsion system integrated into a common chassis.

“In 15 to 20 years, it‘s hard to believe if industry moved in the direction of electric-powered vehicles that the Army would not be somewhere near there. Its brigade combat team consumes 2,000 gallons of fuel per day. We’ve got to think about other ways.”