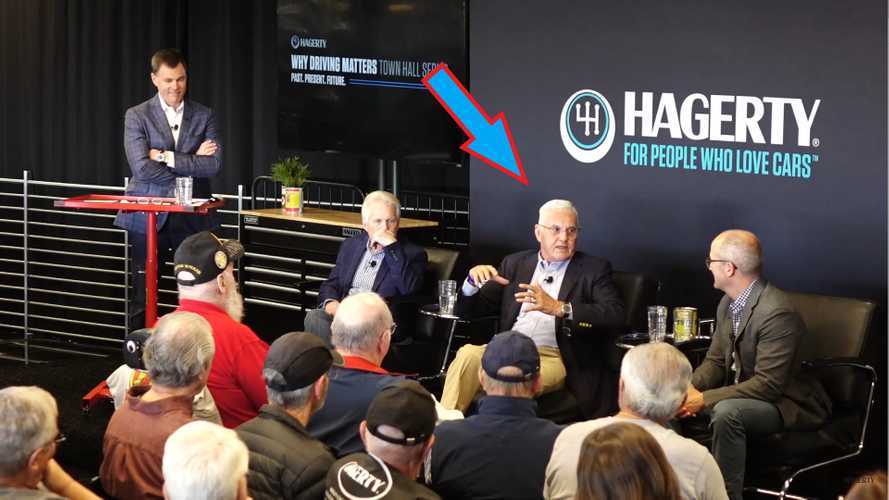 "The vehicles themselves are pretty brilliant."

Bob Lutz suggests you go pick up yourself a Tesla Model S. Not just because he thinks it's "...one of the fastest, best handling, best braking sedans that you could buy in the world today," or because he says it has "...acceleration times will beat any $350,000 European exotic." Nope.

The former BMW, Ford, Chrysler, and, finally, GM executive — godfather to both the Dodge Viper and the Chevy Volt — thinks you should acquire an example of the California-built premium electric sedan because it should make a good collector's car. Why would it make a good collector's car? Well "Maximum Bob" believes Elon who is a great guy but doesn't know how to run a company. Says he,

If you're familiar with Mr. Lutz's previous statements about Tesla and Musk, this episode will come as no surprise. He has, in the past, said things like "It’s not a car company, it’s a cult of fanatics who think Elon Musk can do no wrong. But financially, it doesn’t work."

Of course, Lutz is not the only person on the planet that thinks Tesla is an overvalued, under-performing company that will end in tears and bankruptcy, but given his history in the auto industry, he voice does carry some amount of weight. We can only hope the former Marine, now 85 years of age, lives more than long enough to see his predictions of Tesla's doom be proven wrong.

To hear Mr. Lutz make his pronouncements about the Model S and the company that builds them, forward to the 1:06:19 mark in the video above.