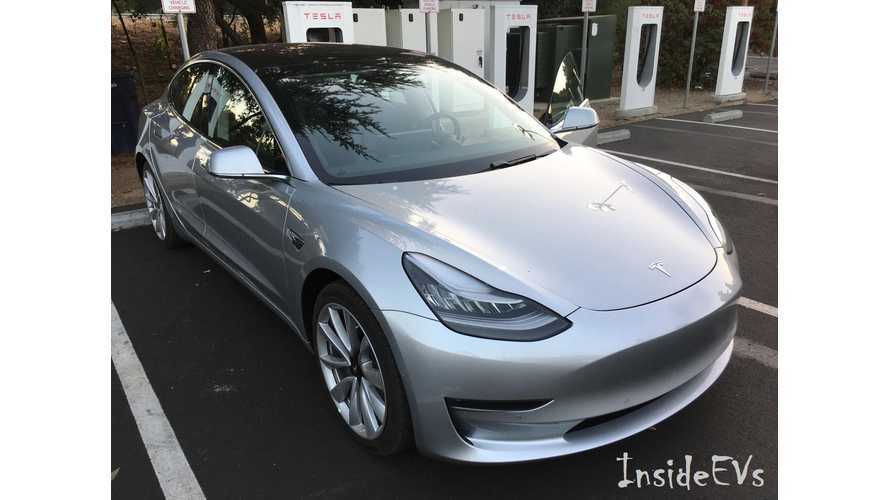 Originally, all Tesla vehicles came with free unlimited Supercharger access. At a few points, the automaker announced that it was doing away with this, and each time the deadline loomed it was extended or a rule was changed making it so that some people could still enjoy the free access. Now, if you purchase a Tesla vehicle through the referral program, you can still get free unlimited lifetime Supercharger access for Model S and X vehicles.

Tesla Model S and X vehicles come with 400 kWh of free Supercharging per year, and for the time being, a referral will get you free unlimited lifetime Supercharging.

There's been lots of speculation surrounding what type of Supercharger access or "plan/package" the Model 3 would have. It's probably safe to say that most people assumed it would be set up much like the current situation for the Model S and X. These vehicles come with 400 kWh (about 1,000 miles) of free Supercharging per year.

We've known for some time that the Model 3 wouldn't have free Supercharging. Tesla made it clear that it would be on a "pay-per-use" system. However, Tesla CEO Elon Musk said last year that the Model 3 would come with free long-distance charging (whatever the means). He later elaborated and said:

"...it will not be free long-distance for life unless you purchase that package."

Apparently, there's nothing free about Model 3 Supercharging. Owner TheRealPTFI recently Tweeted information about a charging session at the Harris Ranch Supercharger station, which is located between San Francisco and Los Angeles. It shows that he used 43 kWh and that's exactly what he was charged for.

It's not free to charge any other electric cars and it's certainly not free to fill your ICE car with gas. Regardless of the lack of free Supercharger credits for the Model 3, it will still save people money over an ICE car. The 400 kWh of free credits would have only saved a driver about $80 a year.

The fact that there has been some confusion along the way, multiple changes to the system by Tesla, and Musk's words either being misspoken or misunderstood, has been frustrating to some. Nonetheless, free access to the world's most extensive EV charging network is a pretty tall order.

As with the sale of new Model S and Model X vehicles, what does (or does not) come with those purchases in regards to Supercharging, is seemingly always in flux.  So, the reality of today - is not necessarily that of tomorrow.