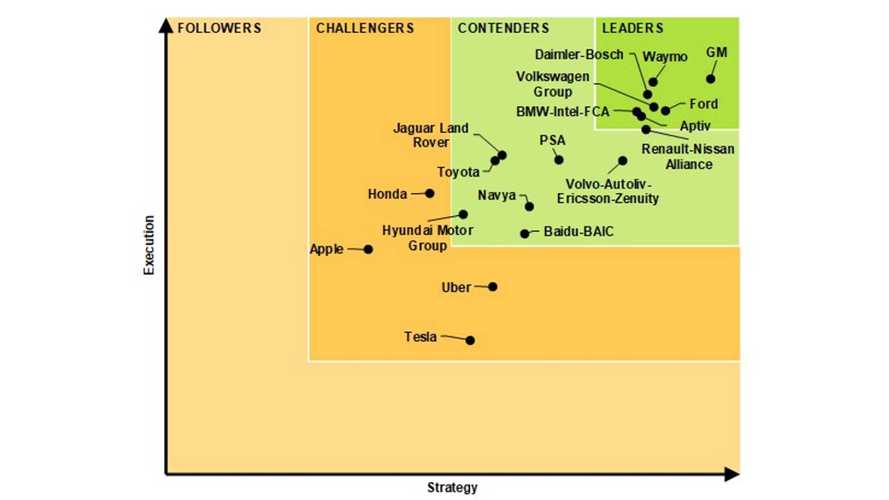 It's really no surprise to see Tesla down on the bottom of the list. Without LIDAR, Tesla vehicles aren't really capable of self-driving in most situations. However, Tesla does lead in vehicles on the road capable of at least some high-level of assistance.

Using Navigant Research’s proprietary Leaderboard methodology, vendors are profiled, rated, and ranked with the goal of providing an objective assessment of their relative strengths and weaknesses in the development and deployment of automated driving technology.

Here are the Top 10 rankings:

The Top 2 are likely deserving of their high-up placements, especially General Motors with its Cruise Automation Chevy Bolts. Those cars have operated autonomously and mostly problem-free for quite some time now.

Interestingly, if we flip back to Navigant's April 2017 report on automated driving, we see some shake-ups in the chart: