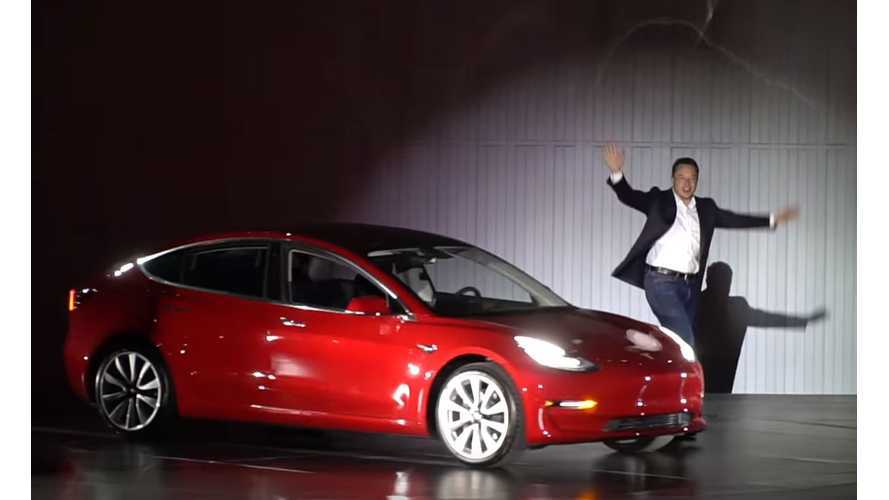 Oppenheimer keeps previous estimates that Tesla will deliver only 3,005 Model 3 sedans by the end of 2017.

Talk is escalating about Tesla Model 3 production. This is as it should be, since the automaker produced just 260 Model 3s through September, after CEO Elon Musk guided over 1,600.

October is now more than half over, and it's unlikely that any retail customer deliveries (non-employees) will begin before the end of the month as anticipated. Being that the automaker planned on having production much higher at this point, those deliveries may be far off. Even Musk himself is skeptical:

Assume the worst. Now I need to get back to work...

Oppenheimer distributed a note to investors not long after Wall Street Journal reported that the automaker could potentially still be building the cars mostly by hand. The publication suggested that parts for the Model 3 assembly line were not all in place, which was later denied by Tesla. CEO Elon Musk is still hopeful that production will soon increase substantially. Though he recently provided videos of the line in action and admitted to its slow speed, as well as continued complaints about "production hell", and now supplier issues.

According to Electrek, Oppenheimer analyst Colin Rusch met with Tesla recently at a meeting for investors. The automaker assured Rusch that all equipment is in place and working and went on to blame a few suppliers for the production issues. Rusch's note to investors said (via Barron's as quoted by Electrek):

“Tesla indicated that all the production equipment for Model 3 was installed and working and that all vehicles were moving through the manufacturing line. We understand the delayed ramp is due to a small number of suppliers failing to deliver on time.”

Rusch sees Tesla delivering about 2,800 Model 3s in the fourth quarter of 2017. All in all, Oppenheimer forecasts 100,056 total deliveries for Tesla in 2017 (including Model S and X vehicles). Tesla has not updated guidance, but has plans to be manufacturing 5,000 Model 3s per week sometime in December, in addition to the usual assortment of S and X vehicles.

For the record: InsideEVs' Editor-in-Chief pegged between 25,000 and 35,000 Model 3s would be built (not delivered) back last February - at at time when the common consensus was looking upwards of 100,000.