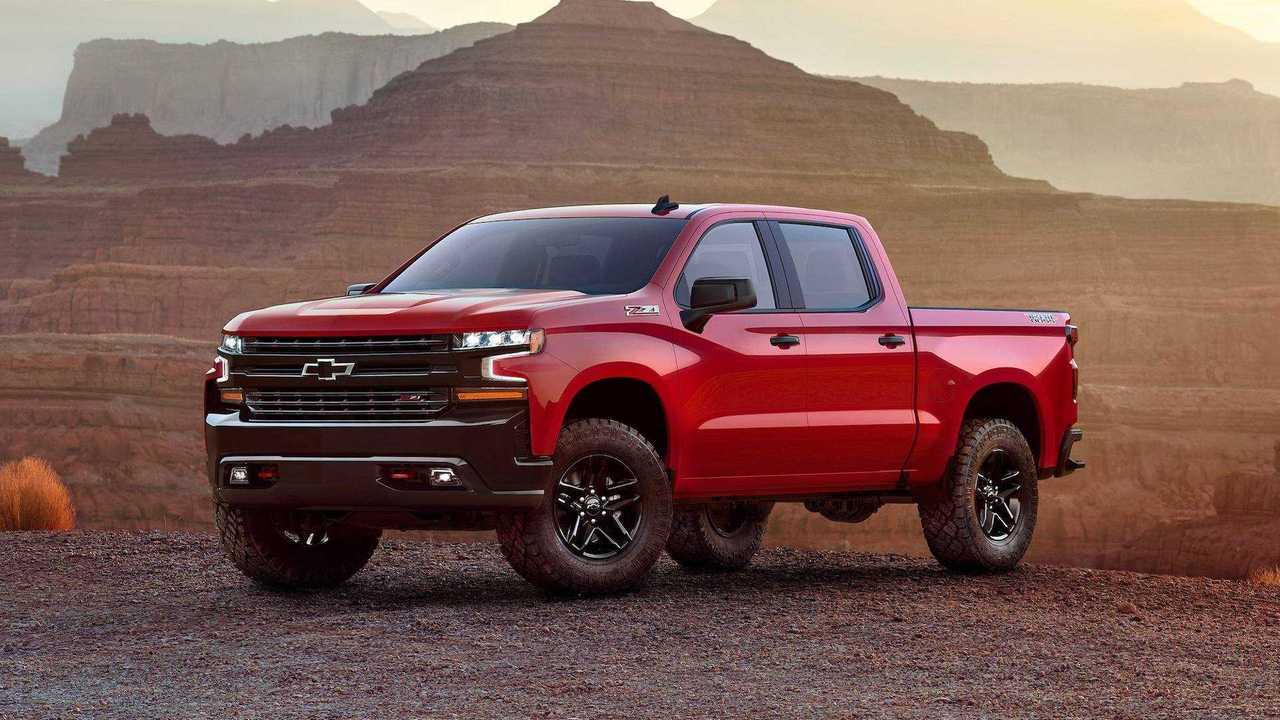 The all-new 2019 Chevy Silverado was completely redesigned with virtually all new parts for an extended life cycle and the potential for any type of powertrain.

When Chevy unveiled its upcoming Silverado at NAIAS, many details were left out. More specifically, the automaker mentioned that the truck will have six different powertrains, with the possibility of even more, though only three engines were discussed. Tim Herrick, Silverado chief engineer, repeatedly told reporters:

"We're not talking about that now."

Being that production of the new vehicle is nearly a year away, Chevy will slowly add details to the equation. Though Herrick doesn't feel confident that most truck buyers are ready to commit to advanced powertrains yet, he explained that the truck has been designed to fit literally any type of propulsion unit. He continued:

"We looked at all possible propulsion units. There's nothing that doesn't fit."

This is to say that the Silverado's architecture can accommodate typical V6 and V8 engines, along with 48-Volt mild hybrid systems, plug-in hybrid and/or full battery electric technology, and hydrogen fuel cells. A recent poll showed that some 80% or respondents believe Chevrolet should "absolutely" offer a PHEV Silverado, so here's hoping that entices the automaker to at least consider the option.

However, truck buyers differ from typical vehicle shoppers. They tend to know every spec that each truck offers, and are primarily comparing vehicles' hauling and towing capabilities, cargo capacity, and interior features. Fuel economy and state-of-the-art tech features don't necessarily rank high on many truck buyers' list of priorities.

Herrick also pointed out that tech features may only be highly regarded if it saves consumers money. While electric powertrains would be less expensive to operate and maintain, he feels that most truck buyers aren't really well aware of this fact.

Nonetheless, the chief engineer said that Chevy is planning for the future with the Silverado. He added that the outgoing 2018 truck still uses some parts from the 1988 GMT-400 series trucks. The new vehicle has eliminated the old parts and is complete with all new components, so as to extend the Silverado's life cycle beyond the typical five to seven years.

While Herrick wouldn't provide specific examples of the newly designed parts and their potential for accommodating future powertrains, he did provide one example. The 2019 Silverado's frame rails are splayed and non-traditional, which will allow for powertrain components to sit beneath the cargo box and in areas of the truck that wouldn't typically be an option.

Herrick is confident that as soon as future powertrains are ready to compete against traditional engines, the Silverado is ready to adopt them.