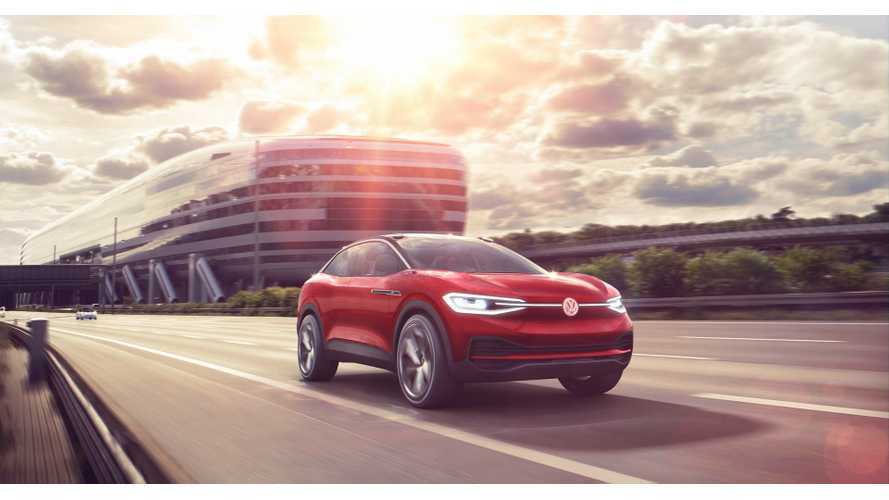 It was really only a matter of time before OEMs would follow Tesla with over-the-air updates, and it comes as no surprise that Volkswagen may be the first to confirm it publicly.

It's probably not 100 percent fair to say "first".  Automakers make these statements all the time, so it's hard to keep up.

Koenigsegg already offers OTA on some level, but we're talking limited production, high-performance sports cars, (and not quite like Tesla, based on the information in the post). Nissan-Renault talked of a future partnership with Microsoft to add features like OTA. Even Ford has ventured into updating its Apple CarPlay and Android Auto systems via Wi-Fi, and upcoming Chevy Bolt EVs and future offerings from GM's EV push may have some form of OTA. However, Volkswagen, and moreover, VW Group in its entirety, is really the first major automaker looking to add OTA to its future fleet of EVs.

VW has said that it's intent is to go full-scale with regards to new tech in its I.D family of EVs, which are slated to arrive in 2020.

The automaker plans to have fully autonomous electric vehicles on the market by 2025. The automaker aims to have three fully electric models available by 2022. All will utilize VW's new MEB electric vehicle platform. The first two, which will arrive around 2020, include the Volkswagen I.D. Crozz and Hatch. A few years later, the I.D. Buzz microbus should follow.

It's hard to know -- with so many aggressive announcements from VW Group (no snickering please), and nothing to show for it for a few years (we hope) -- where all of this will go. Nonetheless, VW is banking on tech-heavy, autonomous, future-proof offerings. Jerome Keuppers, ID Crozz product manager, told Autocar:

“The ID cars will be prepared to offer autonomous driving functions. You make it ready for the future, and because electric cars have energy on board the whole time , you can offer over-the-air software updates. Today, it’s not that easy to update the systems on a car, because if it’s parked you don’t have energy. So e-mobility gives us more possibilities to play with in terms of electrical systems.”

Kueppers was honest to admit that the initial I.D. vehicles will probably not have self-driving features, nor will they undergo OTA updates at first. However, it seems that the cars may be built with the potential for both. Though they won't likely come off the line with a full set of self-driving sensors, owners could potentially upgrade and then OTA updates could assure that their technology is capable of the latest and greatest feature set. Kueppers concluded:

"There will be a time when you buy an ID as a used car, and then it might be you can choose to have automatic cruise control or satellite navigation by activating it over the air. That’s completely new for us."