BYD is a big winner with the upcoming New Energy Vehicle (AKA plug-in vehicle) quota and credit system in China, while at the same time, will hit many foreign manufacturers with low EV sales already operating in the region hard. 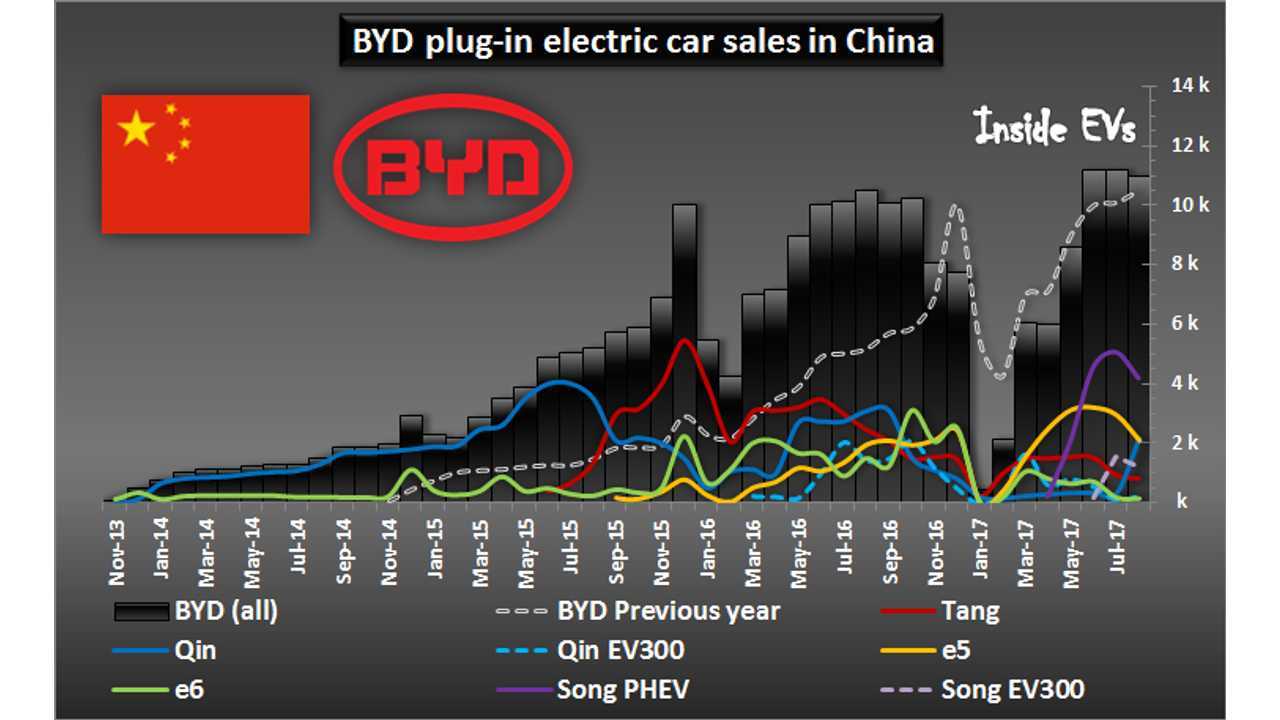 Those credits will be especially valuable to BYD when the quota system is first enforced in 2019 - with requirements to have credits covering 10% of light vehicle sales (olug-ins can range from one to several credits depending on their abilities).

As with the ZEV system in California, for those automakers who are unable to sell enough plug-ins, and thus secure required credits, will need to look to those other OEMs with excess inventory - enter BYD one suspects.

As a  result, BYD's stock prices have surged as the company continues to sell 5-digits worth of EVs each month in China, and in three years time, those credits could add billions of dollars of additional revenues - most of which goes straight to the bottom line.

"BYD's stock rose to HK$83.7 on Oct. 9 from around HK$50 in the earlier half of September. It currently hovers around the upper HK$70s level, making U.S. investor Warren Buffett's 2008 bet on the relatively unknown company look like a stroke of genius."

On the flip-side, it's not so much good news for most manufacturers from Europe, U.S., Japan and South Korea, because their competitiveness will again decrease.   Although anyone who has been watching the market, knew this day was coming, and that China was going to be ground-zero for volume plug-in vehicle sales; so it might also be a case of 'you snooze...you lose' at the same time.

"Beijing has enabled Chinese automakers to dominate the domestic market for green cars by shutting out foreign manufacturers and providing subsidies to support domestic producers. The government's sudden announcement of the strict regulations drew protests from foreign automakers.

The decision has failed to give non-Chinese makers enough time to prepare, such as building new plants and designing new models, effectively ensuring fines or forcing them to buy high-priced credits from Chinese manufacturers once the regulations go into effect."