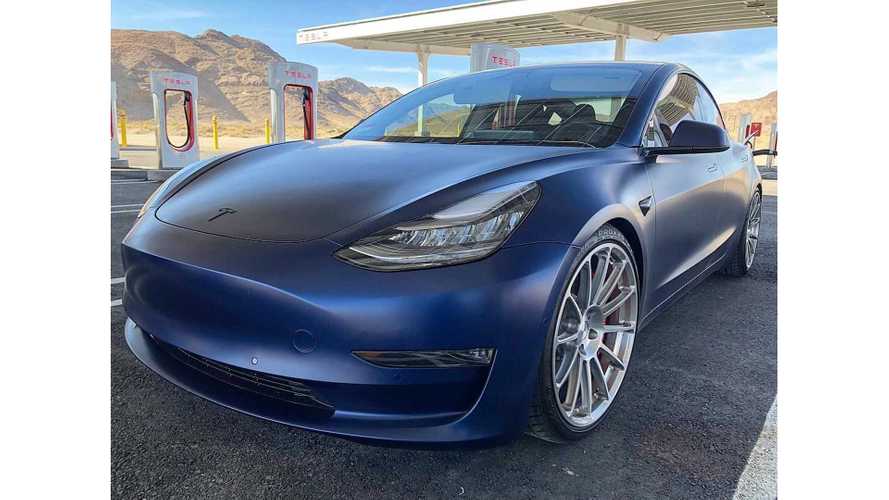 Automobile magazine has announced that the Tesla Model 3 is the recipient of its Design Of The Year award.

The big screen that dominates the minimalist dash.

The magazine refers to the Model 3 as "a vanguard for electric vehicle design and styling."

Automobile posted an extensive write up on why the Model 3 received the award, but it really all boils down to this:

"It’s neither spectacular nor shockingly innovative. It’s just a really nice-looking, clean design that is instantly acceptable, despite the total absence of a traditional grille or representation of the same—as seen on the first Tesla sedans. The Model 3 is quite evidently an electric car, and its designers made no effort to disguise that fact."

The magazine applauds Tesla for its clean, minimalist design throughout and concludes the Model 3 is now the best sedan on the planet, beating out the Model S:

Whatever the price point, heritage, styling, reputation, or prestige of its rivals, the Model 3 is quieter and quicker, and it rides better than anything else we might have considered for our Design of the Year award. And as a plus, it’s a much handier size than the Model S, far more practical for daily use in cities and suburbs."

Check out Automobile's write-up in its entirety at the link below.