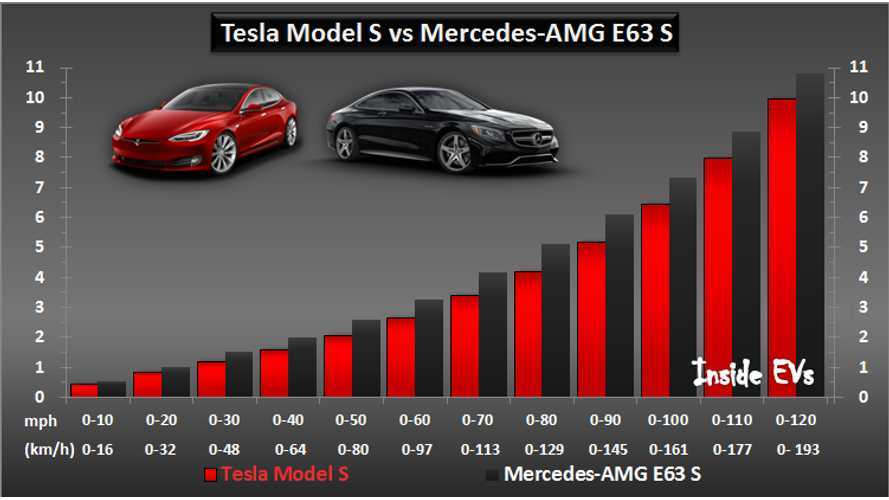 Top Gear recently compared the acceleration of a Tesla Model S P100D to the Mercedes-AMG E63 S super saloon at an old airfield.

"The acceleration rates are interesting to analyse because the P100D goes through every increment roughly a tenth faster than the E63S. So at 30mph it’s three tenths ahead, at 60 six tenths and so on.

However, it never quite gets a second ahead. At 90mph it’s almost there (5.19secs plays 6.12), but from that point on the Mercedes starts to come back. I mention this in my commentary during the race – looking in the mirror I could tell the Tesla had stretched the gap as far as it would go and the Mercedes was starting to reel it back in. It’s nice to see this sensation reflected in the figures, too. So at all relevant speeds the Tesla is faster – just look at the 30-70mph figure to give you an indication of what it’s like joining a motorway. The Merc makes the leap in 2.68 seconds, but the Tesla is almost exactly half a second faster."

The full result list and video from tests is available at Top Gear site.