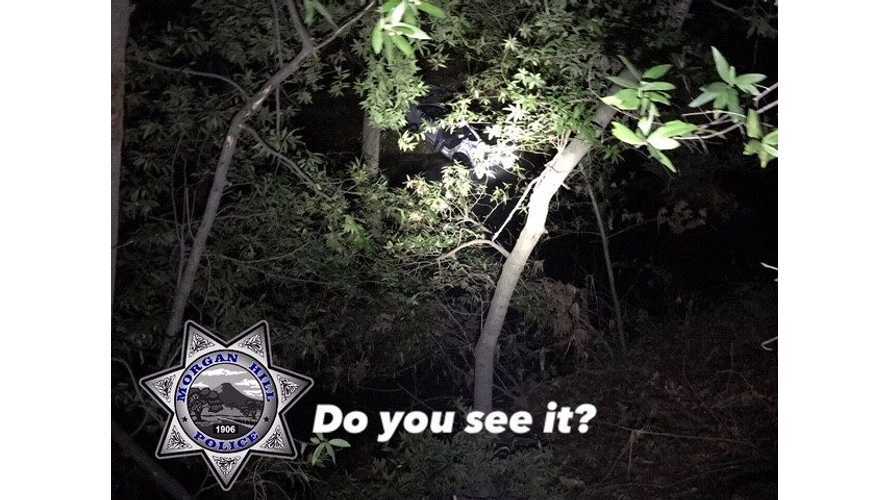 This Tesla is no Chitty-Chitty Bang Bang

The Tesla Model 3 is an astonishing car. It has dazzled reviewers with its road-handling and notable acceleration, but authorities were less than impressed with another of its apparent abilities: that of flight. According to the Morgan Hill Police Department, one of the new electric sedans took to the air early Saturday morning at around 3:45 AM after its driver, one Colin Flynn, failed to negotiate a turn and leapt up to 70 feet, crossing over Coyote Creek and crashing into the far bank.

Flynn, a Tesla employee, has been charged with a DUI and obstructing the work of a police officer after he refused to take a breathalyzer or give a blood sample until speaking with his lawyer. That's not a legal option in California, so after obtaining a warrant, law enforcement took a blood sample and placed the 38 year-old in the Santa Clara County Jail. Thought to be an associate manager of home-charging installation, Flynn told officers that he had swerved to miss a deer.

According to a humorous Facebook post by the police department, officers were more inclined to believe the crash was related to the strong smell of alcohol emanating from the car.

Thankfully, no one was hurt in the incident. The structural integrity of the Model 3 was not severely compromised and no fire resulted from the damage. The brand famously made headlines after an early Model S incident (which also, incidentally, involved some amount of flight) resulted in a Car-B-Que.

Neither Tesla nor Flynn responded to inquiries from the Mercury News, which originally reported the story. Although part of the vehicle did end up in the water, its swimming abilities went untested. Despite Tesla CEO Elon Musk  owning the original submarining Lotus Esprit S1 from the James Bond film The Spy Who Loved Me, the Model 3 is not thought to be capable of underwater operation, though the tech makes an appearance in the car as an Easter Egg.