Ahead Of Rush For 2018 LEAF, Nissan To Expand Battery Factory In Tennessee 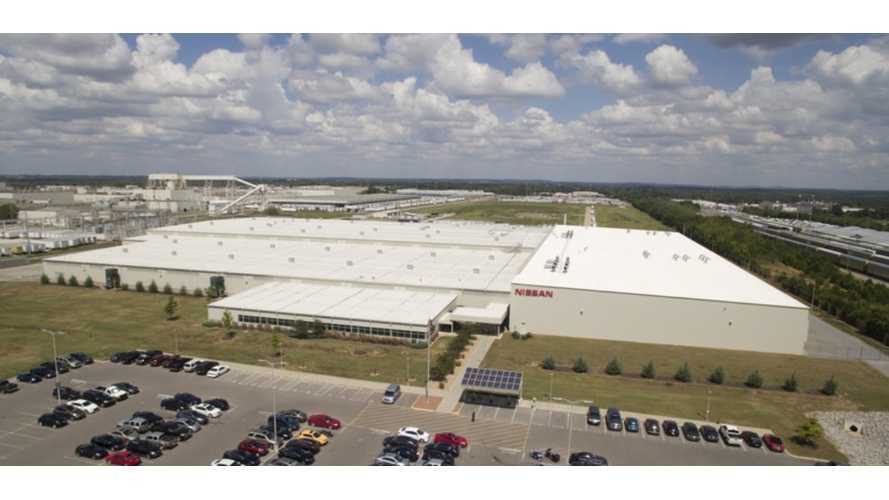 Nissan is expanding its lithium-ion battery plant in Smyrna, Tennessee, ahead of the introduction of the 2018 LEAF with 40 kWh battery packs.  An offering that Nissan expects will at least double existing sales globally.

The expansion of the 475,000-square-foot battery plant, which was built in 2012, will not be huge - just 26,450 square feet; which again sounds more like a capacity adjustment for the new LEAF and future products (c'mon CUV we know you have hiding Nissan).

The Nissan's battery business, and the plant itself, will be officially acquired by GSR Capital over the next couple months.  The Chinese investment fund bought Nissan's entire global battery business in August.

When Nissan originally planned the U.S. battery factory, production was expected to reach up to 150,000-200,000 battery packs annually, which of course never happened.  To date, the facility had yet to be tooled up to build much more than 20% of its capacity.   The LEAF sales record for the US was set in 2014, when 30,200 copies were sold.

"Neither Nissan nor GSR have made announcements of new job creation at the battery plant at this stage," said Nissan spokesperson Brian Brockman (via the Tennessan), who noted that the battery plant will remain an important partner for Nissan "as we deepen our focus on designing and producing market-leading electric vehicles."

With more than 8,400 people works at the Smyrna factory today, it is likely many of the jobs needed to produce more batteries can be found internally.

Editor's Note:  It is our assumption that Nissan will be using LG Chem batteries for the longer range, ~60 kWh/225 mile that arrives later next year as a 2019 model year offering (the ID Concept's 60 kWh battery was co-developed with LG Chem), and that Nissan's deal to sell GSR its battery business is also contingent upon them being the sole battery provider (40 kWh) for the 2018 model year LEAF.

Below:  Video of the Smyrna facility from just after its launch in April of 2013