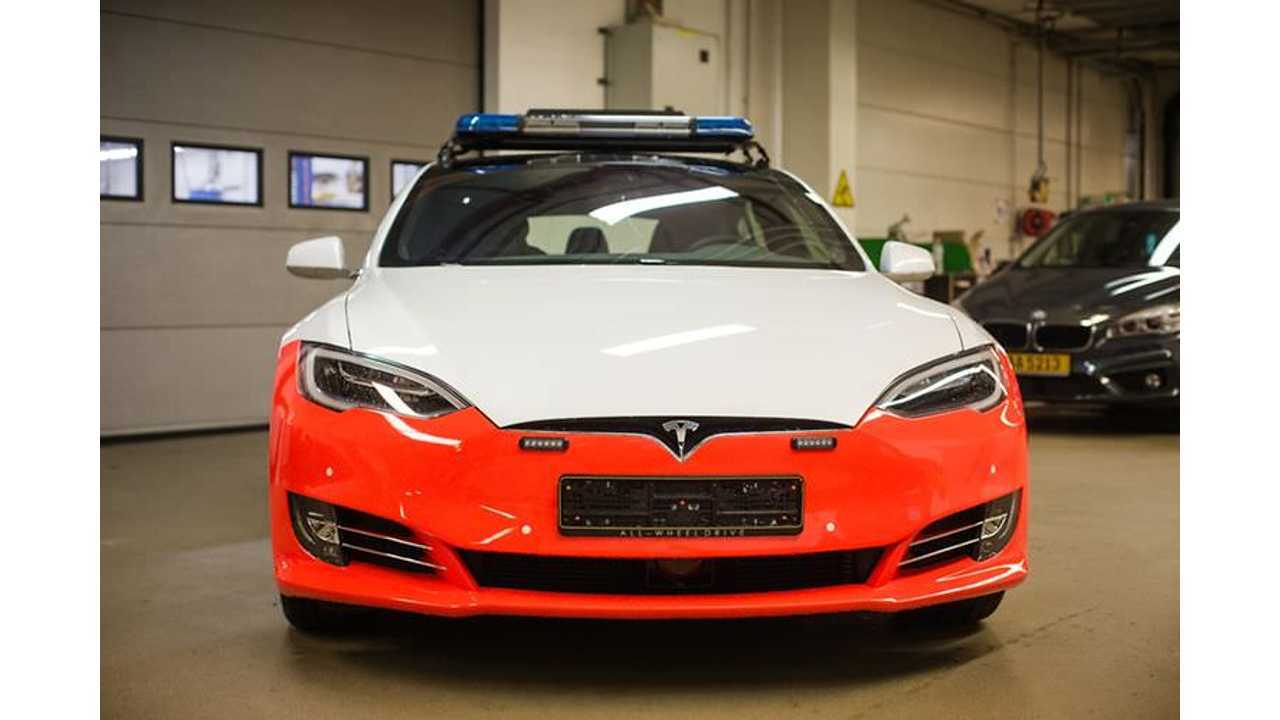 Luxembourg is a small country in Europe. Small enough that considering electric cars as main police vehicles is reasonable - length of the country is just over 50 miles.

Luxembourg is tiny country in Europe

This is likely why the country purchased two Tesla Model S in 2017. However, those vehicles still aren't in use as the police force is still awaiting some approvals.

There is delay in approving the vehicles because the first one is equipped with blue emergency lights that - according to TÜV - do not fulfill technical requirements.

We hope that soon the issue will be solved this one way or another and that Luxembourg will become the first police with electric chaser.

"What is particularly interesting about Luxembourg’s Model S police cars is the fact that the vehicles, unlike other electric cars being used by law enforcement, will be deployed as standard cruisers. While electric vehicles have been in service for a while now, most of the cars end up being used by investigative teams due to limitations with the vehicle’s performance and range. With the Tesla Model S, however, these restrictions are practically nonexistent, considering that the electric car is incredibly quick and equipped with sufficient range for day-to-day patrols."