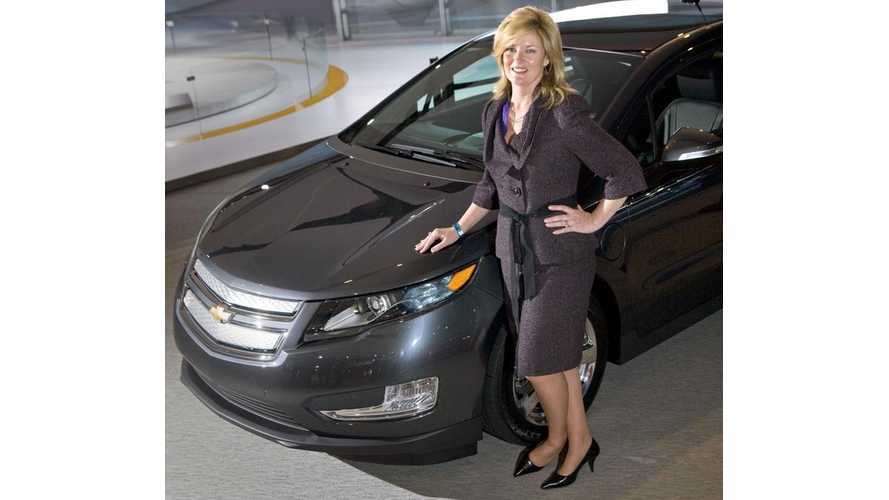 As GM moves forward with its electric future, the automaker has created a new position and chief engineer Pam Fletcher fills the role.

Fletcher started her journey as an engineer years ago at Kettering University and then Wayne State University. She recently continued her studies with a shift toward executive education at the likes of Northwestern, Stanford, and Harvard Business School.

Now, Fletcher moves up the ladder once again, to a position that didn't exist just a few days ago. She will be GM's vice president of Global Electric Vehicle Programs, a big, big part of GM's future, as the company just announced 2 new all-electric offerings will debut in the next 18 months, and "at least" 20 over the next 5 years.

This is just another step that shows the automaker is serious about its future with electric vehicles.

Fletcher will lead the team in accelerating GM's worldwide electric vehicle program. Her primary responsibilities will encompass launching those 20+ pure-electric models by 2023.

Vice President for Autonomous and Electric Vehicle Program, Doug Parks, will be her superior throughout the mission. He shared in the press release:

“Nobody is more prepared to help us lead the way to a zero emissions future than Pam Fletcher. Under Pam’s leadership, GM will continue to deliver electric vehicles that delight our customers and exceed their expectations.”

For more than a decade, Fletcher has been in leadership roles supporting the engineering of GM’s electric vehicle and self-driving technologies, most recently as executive chief engineer for Electrified Vehicles and New Technologies. She has led the teams responsible for development of several of GM’s most awarded vehicles, including the second-generation Chevrolet Volt, Chevrolet Spark EV, Cadillac ELR and the Chevrolet Bolt EV, the industry’s first mass-market, long-range affordable electric vehicle. Her team also led development of Super Cruise, the industry’s first hands-free highway driver assist system.