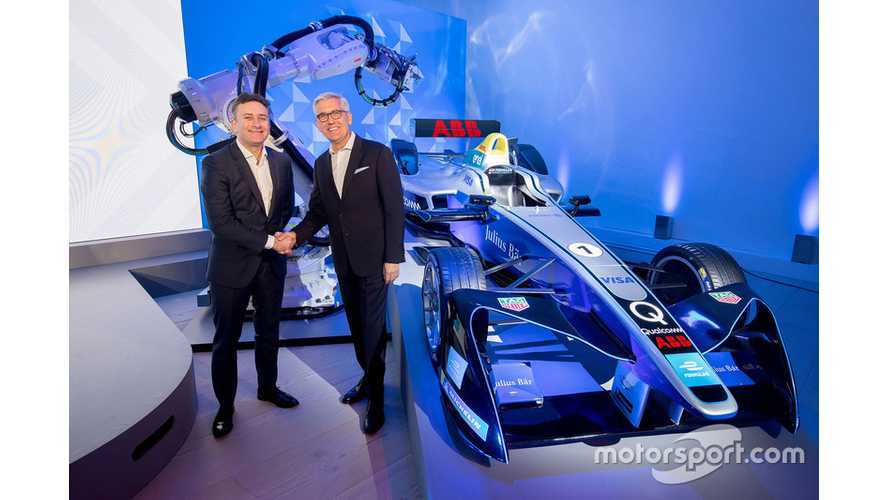 At the end of this month we’re going to be launching the Generation 2 car which will debut in season five of Formula E and truly it feels like it will be the start of a new era for us.

We will have a major breakthrough with the battery technology of the new car, giving us more performance and range, which means that for the first time we will no longer require mid-race car changes.

The “Batman-style” car will look very different to any single-seater out there – it is futuristic and eye-catching. Performance-wise it’s we are also very excited as the initial data we gathered during testing is showing a considerably higher speed.

It will be our biggest breakthrough yet to put this car on the track. In fact, we might have to see how that affects some of the layouts of the city tracks we use, because it may be that the car could start to outgrow some of them; we’ll be able to take a much more informed position when we have seen the full performance of the car. The main DNA of the championship is street racing, so let’s wait and see the data.

We’re moving forward in so many other ways, too, such as our new title partnership with ABB, which makes Formula E the first FIA single-seater championship to have a title partner.

It’s an incredibly significant moment because ABB are the perfect partner for us. They have a wide-spread technological base and – of particular significance for us – are involved in the entire energy supply chain, from production to transportation to consumption. And they’re doing it in a sustainable way. They’re working on renewables, they’re working on batteries, they’re working on energy grids, digitalization, robotics and artificial intelligence… all the things, in fact, that are going to enable the revolution in e-mobility that Formula E wants to promote and continue to be a part of.

We’re seeing more and more high technology companies – innovators –  entering this championship alongside global car manufactures and that's great. These kind of partners are aligned with our vision and what we do.

One aspect of ABB technology that has me incredibly excited is their ultra-fast charging. I think this may be an incredible revolution, because if we get to a technology where you stop for, say, 10 seconds and you can charge a battery with  20-30kw/h in that time, that’s going to change the world completely. One way to make batteries more usable is to increase their capacity; another is to charge them faster and ABB is really looking to that. Together with our clean, zero-emission glycerine technology that we are currently using to charge the batteries,. I think it could be a game-changer.

The involvement of ABB also says so much about what we are trying to achieve as a championship, because now what sponsors are looking for is not simply what we call ‘eyeballs’ from television, but being associated with the right message that allows a credible story to be told. ‘Eyeballs’ will continue to be important, and Formula E will grow on both linear TV and digital landscapes as we believe we have a unique combination of sustainable messaging and exciting sporting spectacle.

On this subject, when we launched ABB as our title partner just before the race in Marrakesh, we invited Christiana Figueres to speak.

Christiana is the architect of the 2015 Paris Agreement on climate change and now co-chairman of our advisory panel and this is a symbol of how we are positioning the right message with Formula E. Christiana, incidentally, is amazing. What she achieved in putting together 200 countries and reaching agreement on something that had been completely unthinkable before -– that’s one of the greatest achievements of any diplomat in history.

She describes herself as a racing neophyte but she sees exactly what we have been trying to build, which is a tool to make electric vehicles more attractive, more friendly to the average consumer and more accesssible. And then people will buy them and that will have a domino effect which will end up helping on issues like climate change and inner-city pollution.

I have been asked if the presence of someone like Christiana brings a political dimension to the championship and I have to say that as an ex-politician myself I try to stay as far away as I can from politics! So I wouldn’t say that Formula E has a political dimension – I would call it more of a moral angle, centered around our ‘values’ and mission to promote the transition to electric vehicles as a contributing factor to fight climate change.

We believe there is an incredible problem with city pollution and we believe investment is needed to fight these problems. And if that’s a political statement then we are happy to do that.

Sometimes we have found ourselves victims of regional politics, for example with the cancellation of this year’s Montreéal round event because of a change of mayor in the city. But this is in the nature of racing in cities. If the previous mayor hadn’t supported us so much then maybe the current mayor wouldn’t dislike us so much! Regardless, we think the cancellation was a political statement against the previous mayor, so no hard feelings there -– we understand politics is like that.

It’s still so important for us that we build and maintain relationships in different territories. The Marrakesh E-Prix took us to Africa, of course, and we need to be in as many continents as possible to transmit our message. Obviously in Morocco there are fewer electric cars than in Norway, but that means there is a big opportunity to make a change. And this is a country that is also pushing hard for renewable energy -– it has one of the biggest solar power stations in the world. Every place we go to has its own levers that we can hang on to and we are very happy to show what we represent in each of them.