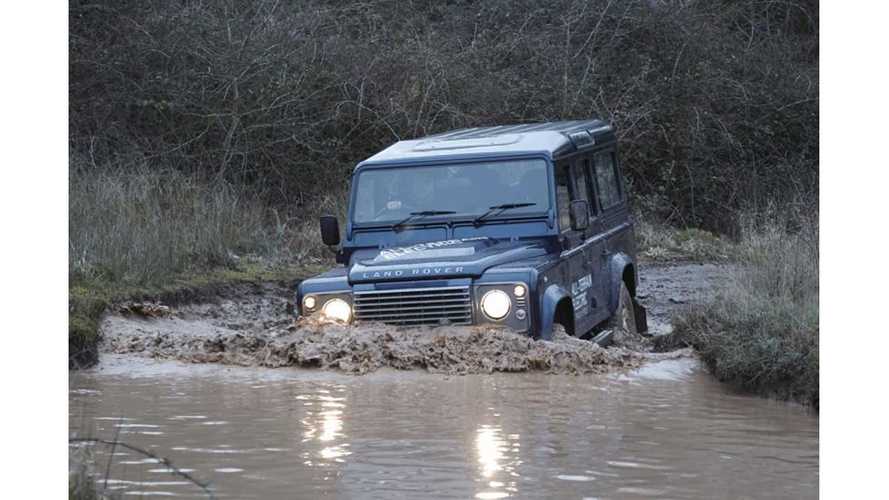 The move is part of Jaguar Land Rover's electrification initiative.

Land Rover’s effort to electrify its lineup could very likely include the next-generation Defender, the company hinted to Motor Authority.

Land Rover intends to offer the new Defender worldwide, including in the U.S. The new model will move to an aluminum-intensive monocoque chassis rather than the vehicle’s venerable body-on-frame setup. Over time, the company will add multiple body styles. Power will come from JLR’s range of four-cylinder Ingenium engines.

In September, Jaguar Land Rover announced plans to electrify every new product that it launches from 2020, including fully electric, plug-in hybrid, and mild hybrid powertrains.

The first entries in this onslaught of electrified Land Rovers are the plug-in hybrid variants of the Range Rover and Range Rover Sport that arrive in the United States for the 2019 model year. Both of them use a 2.0-liter turbocharged four-cylinder and electric motor for a combined output of 398 horsepower (297 kilowatts) and 31 miles of EV range (NEDC we assume, or 22-25 mile of real world/EPA range).

Land Rover has already started trying to get the message out that electrification doesn’t mean that its vehicles lose any of their off-road abilities. The company recently stage a stunt where a Range Rover Sport PHEV raced a pair of swimmers over a flooded causeway in the English Channel.

The next PHEV model from Land Rover will be a version of the Evoque. It’ll reportedly use a different powertrain than the bigger Range Rovers by possibly using a hybrid-assisted 1.5-liter engine three-cylinder.

If you want a vehicle more like the classic Defender, then the Projekt Grenadier could be the answer from British chemical tycoon Jim Ratcliffe. He wants to build an off-roader with inspiration from the classic Land Rover, including a body-on-frame chassis. His goal is for his SUV to be reliable than the older models, though.