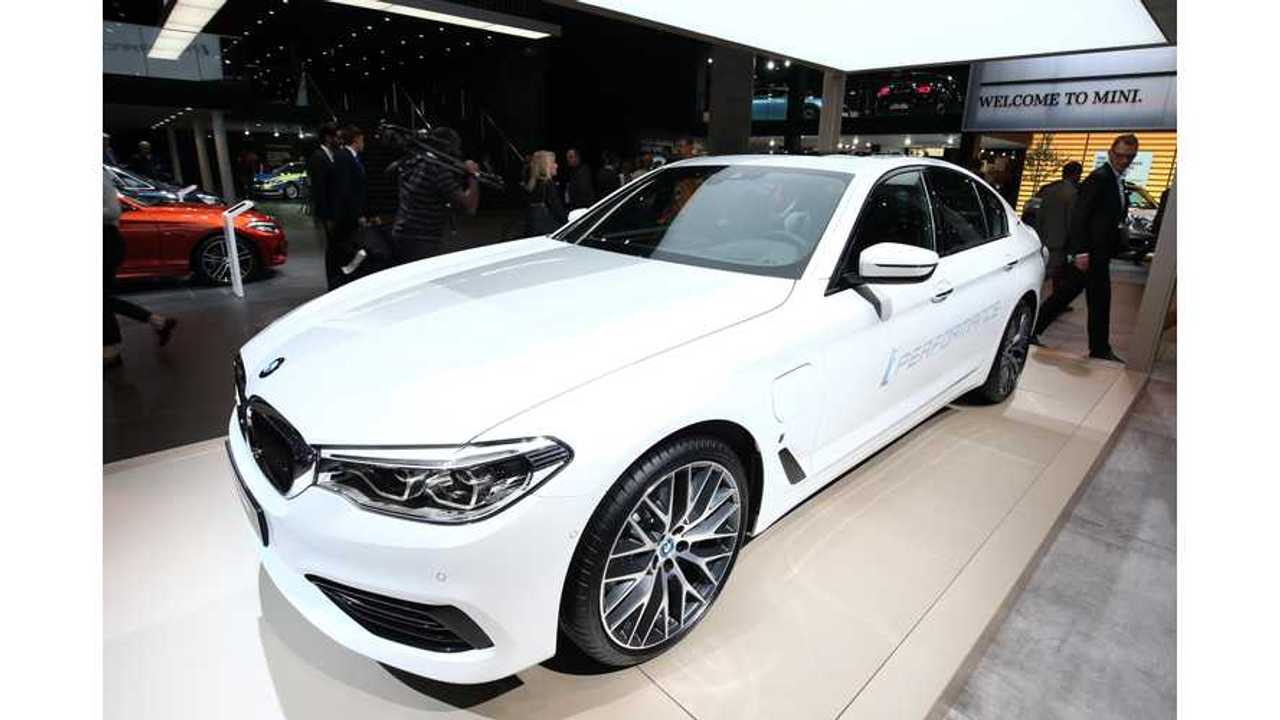 After a few 'near-misses', the BMW Group has finally broken into 5-digits for sales of plug-in electric vehicles in a single month, clearly sending a statement that it is a driving force in the industry behind the technology.

Total plug-in sales from the manufacturer amounted 10,786 vehicles (from the BMW i, BMW iPerformance and MINI Electric plug-in divisions).

Current share of plug-ins inside BMW Group sales for September stood at 4.5% (one of every 22 vehicles sold by BMW had the ability to plug in).

After nine months, electrified sales have now exceeded all of 2016.  The three quarter tally finds 68,687 registrations (up a very strong 64.2%).

Of note: BMW's total includes more than 2,700 MINI sales.   Interestingly, almost one out of every ten Countryman sold in September was a MINI Cooper S E Countryman ALL4, and this will the plug-in MINI still being a new model, and still scarcely unavailable in some countries (such as the US).

“We are pleased to see the ongoing, strong sales development of our unrivalled range of electrified vehicles, with independent reports* confirming our leadership in the field of electromobility.

The BMW Group has the largest share of the electrified market worldwide; this year, we’ve already sold more electrified vehicles than in the whole of last year and we are well on track to deliver our target of 100,000 by year-end. The continued significant sales growth of these vehicles is due in part to the increasing availability of the BMW 5 Series plug-in hybrid, which in some markets accounts for up to a third of BMW 5 Series sedan sales,”

“The popularity of the first ever MINI plug-in hybrid, which has already been delivered to more than 2,700 customers worldwide since it was introduced in June, is particularly exciting,”